The Central African Republic (CAR) is a former French colony that gained independence in 1960. 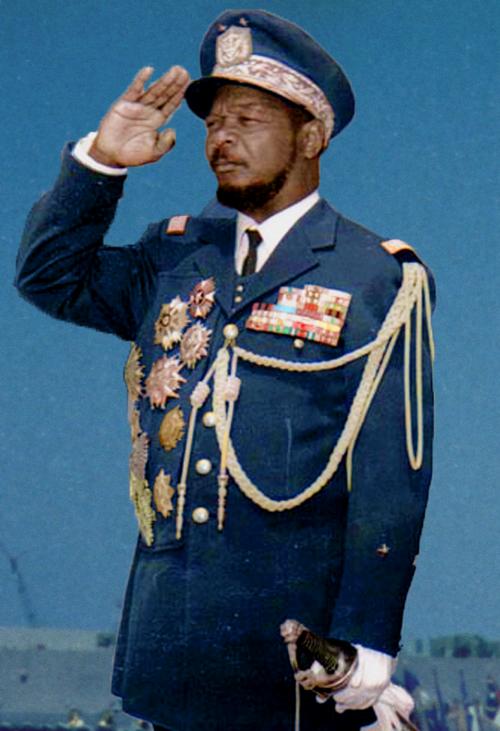 The history of the Central African Republic after its independence in 1960 is a succession of coups and military governments. In 1966, the then commander Jean-Bedel Bokassa came to power thanks to a coup d'état. Bokassa revoked the constitution and dissolved parliament. In 1976 he proclaimed himself emperor. The bloody crackdown on student protests in 1979 led to its end. With the help of French troops, ex-president Dacko was brought back to power. In 1981 General Kolingba took power. It held elections for 1993, which were won by Ange-Félix Patassé (who had attempted a coup in 1983). Patassé was re-elected in September 1999 by a narrow majority.

Due to the lack of salary payments, units within the army mutinied in 1996. French troops evacuated the foreigners present and came to Patassé's aid. It then remained restless. In January 1997, African negotiators reached an agreement and a regional peacekeeping force "Mission inter-africaine de surveillance des accords de Bangui" (MISAB) was set up to oversee the implementation of the peace agreement. MISAB was replaced by the peace force "Mission des Nations Unies en République Centrafricaine" (MINURCA). In February 2000, MINURCA was terminated and succeeded by “Bureau des Nations Unions for Construction de la Paix and RCA (BONUCA). 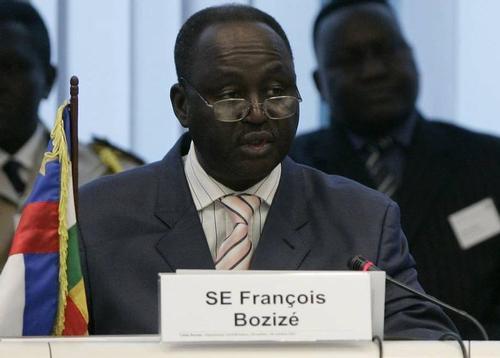 In May 2001, former president André Kolingba made a coup attempt. Patassé succeeded in thwarting the attempt by deploying both a Congolese rebel movement and Libyan troops. The Commission of Inquiry set up after the coup accused General Bozizé, Commander-in-Chief of the Army and Patassé's confidant, of involvement in the coup. Bozizé then fled to Chad. In October 2002, General Bozizé made an initially unsuccessful coup attempt. President Patassé was initially able to hold his own in the north of the country, but was expelled on March 15, 2003 after the capture of Bangui by the Bozizé rebels. He proclaimed himself president. Patassé fled to Togo. In May 2005 Bozizé is proclaimed president. In January 2008, Prime Minister Elie Dote and his government resign. President Bozizé appoints Faustin-Archange Touadera, an academic with no political background, as Dote's successor. In January 2009 he formed a cabinet of national unity together with Francois Naouyama of the APRD and Djomo Didou of the FDR. In February 2010 President Bozize announced that elections will be held on April 25, the opposition is against this date. In April 2010, elections are postponed and the parliament extended the presidency of Bozizé until elections can be held. Elections will take place in January 2011 and Bozizé wins another term as president. In March 2013, Seleka Rebels seize power and Bozizé takes flight. In August 2013 the rebel leader Michel Djotodia is sworn in as president. In December 2013 there are massacres between Muslims and Christians. The violence takes on the character of ethnic cleansing. In January 2014, Djotodia stepped down after much criticism and Catherine Samba-Panza became interim leader. The situation remains very unstable. In 2015 and 2016, the situation remains tense between Muslims and Christians. 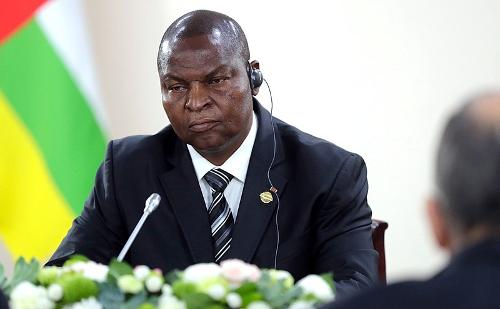 In March 2016 Faustin-Archange Touadera wins the presidential election, Simplice Sarandji becomes prime minister. In September 2017, the UN Refugee Agency said the ongoing violence was the cause of the greatest refugee flow since the crisis began. More than 1 million people have been driven from their homes. the following years the situation hardly improved. Touadera will be re-elected in December 2020, the outcome being contested by his main rival Anicet-Georges Dologuélé.