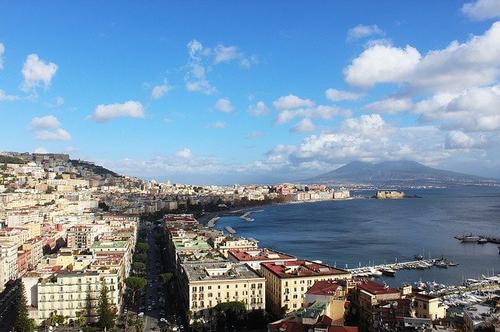 Nearly 6 million people live in Campania, most of them in the capital Naples (2 million). The population density is 426 inhabitants per square kilometer. (2017)

Italian is the official national language, but in the province of Bolzano (South Tyrol) German is spoken (approx. 200,000 persons), in some of the valleys of Piemonte and Valle d'Aosta a lot of French is spoken (approx. 100,000 persons); in the valleys of the Dolomites and in the region of Friuli-Venezia Giulia, people speak Raeto Romanesque. In the region of Basilicata, in southern Italy, part of the population even speaks Albanian. Italian is also spoken in the Swiss canton of Ticino (Ticino), in four mountain valleys in the Swiss Graubünden, in the Republic of San Marino and in the Vatican City. Italian dialects can also be found on (French) Corsica, on the Côte d'Azur to Nice (Nizza), in Monaco and in the urban centers of Istria. Outside Italy there are more than 1 million Italian speakers in Europe and in Africa and North and South America together more than 10 million. 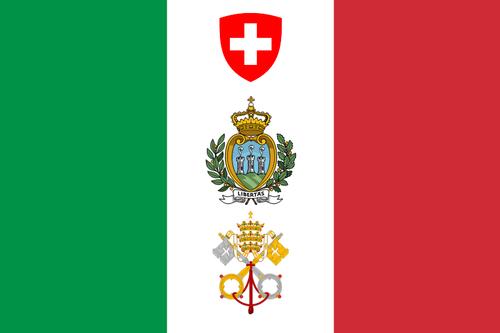 Flag of the Italian language: with the Italian flag and from top to bottom the coats of arms of Switzerland, San Marino and Vatican CityPhoto:Enrinipo CC 3.0 Unported no changes made 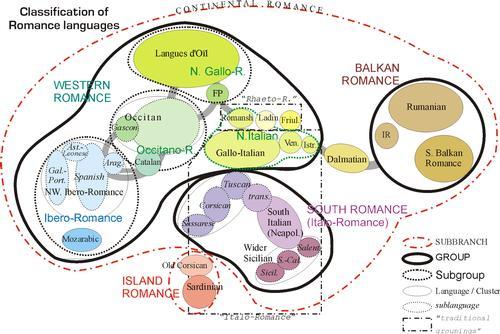 The Italian language is a Romanesque language and a direct continuation and development of (Vulgar) Latin. The question of whether Italian should be based on the Florentine dialect or contain elements of other dialects has given rise to many and protracted discussions and controversies (which continued into the 18th century): the so-called "questione della lingua". The language of civilized circles in the Tuscan cities and in Rome is currently the standard.

Some Italian words and expressions:

Compared to those of other Romance languages such as French and Spanish, the Italian dialects appeared relatively late as a written language. Latin was maintained here as an official and learned language for much longer than elswhere: in full until the early 17th, sporadically even until the end of the 18th century.

The first attempts at creating a written vernacular started with the Sicilian poetry school (first half of the 13th century), followed a little later by the north and Tuscany. For historical and geographic reasons, but mainly by Dante, followed by Petrarch and Boccaccio, Tuscan, especially its Florentine idiom, prevailed over all other dialects in the 14th century.

Due to the typical shape of the country, with its many isolated areas, but also due to the former political division, approximately 1500 dialects have been created. Only two percent of Italians would not be able to speak some dialect. 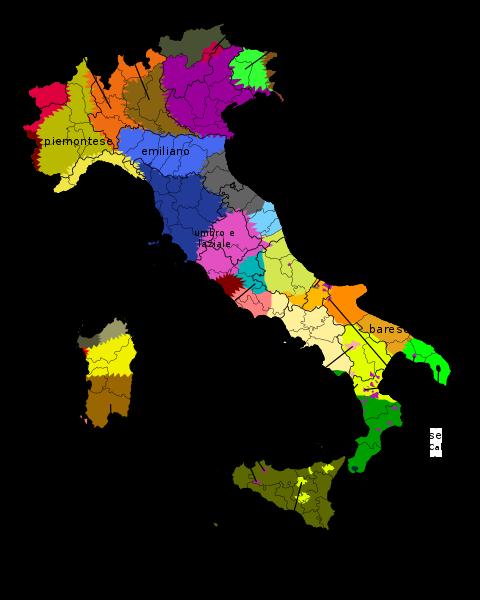 The Italian dialects are generally divided into:

A central and southern Italian group, including Sicily, which has a line from the east of Rome to Ancona as its northern border.

A Tuscan group, whose northern boundary is the arc of the Apennines (Spezia and Rimini), which also includes most of the Corsian accents.

From a linguistic point of view, Sardinian is regarded as an independent Romance language, while the languages of Friuli and Central Ladin are considered to be Raeto Romanesque; the Val d'Aosta is Franco-Provencal.

The name "Italia" first appeared in a tribe in Calabria, who called themselves "Vitaloi". This name Greeked to "Italoi" and in 42 BC. the Roman Octavian gave the whole area the official name "Italia".a". 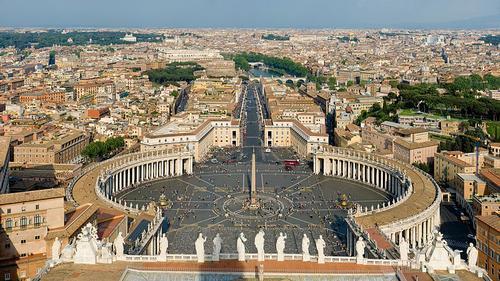 On February 12, 1984, the Italian government and the Vatican signed a concordat abandoning the principles of the Lateran Treaty and ending the privileges of the Roman Catholic Church.

The Roman Catholic Church is divided into about 300 areas, namely special resorts such as free prelatures, abbeys under an abbot or abbas nullius, archdioceses and dioceses, some of which fall directly under the Holy See.

There are also about 500,000 Protestants and Orthodox and about 35,000 Jews. The main Protestant church is the Waldensian Church (Italian: Chiesa Valdese), which was only recognized by law since 1947. Other Protestant churches include Lutherans of the German-speaking communities of the Northeast, Methodists, and Baptists. Together they form the Bond of Protestant Churches.

The Union of Italian Jewish Municipalities comprises 22 Jewish municipalities. There is also a small Muslim community in the south of Italy and in the big cities in the north. Most Muslims (about 300,000) are originally from North Africa.