Paraguay (officially: República del Paraguay) is a republic in South America with an area of 406,752 km2. This makes Paraguay one of the smallest South American states. Paraguay is bordered to the north and east by Bolivia (750 km) and Brazil (1290 km) and to the south and west by Argentina (1880 km). Paraguay, together with Argentina and Uruguay, is counted as one of the La Plata countries because it lies in the basin of the rivers that flow into the La Plata. The country is divided by the Rio Paraguay into an eastern (159,827 km2) and western part (246,925 km2). 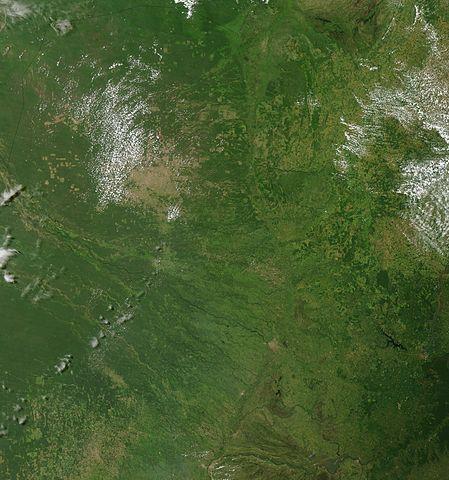 Paraguay belongs for the most part to the Paraná-Paraguay lowlands, a so-called table landscape of 300-600 metres altitude. The Paraná River flows through this plateau, carving out a deep gorge-shaped valley. This plateau is bordered by a steep or cuesta edge. To the west of this steep ridge lies a gently rolling hilly country. Eastern Paraguay further consists of flat lowlands that flood regularly. Where the Paraná and Río Paraguay rivers meet, these lowlands become very extensive.

The highest parts of the country are in the east. The mountain ranges Cordillera de Amambay and Cordillera de Mbacarayú form the border with Brazil for about 320 km. South of this is the Cordillera de Caaguazú with an average altitude of only 400 metres. The highest peaks in Paraguay are Cerro Peró or Cerro Tres Kandú (842 metres) in the hilly landscape of Ybytyruzú, Cerro de Acatí (720 metres) and Cerro Ponta Porá (700 metres). The other ridges in eastern Paraguay do not rise above 200-350 metres. 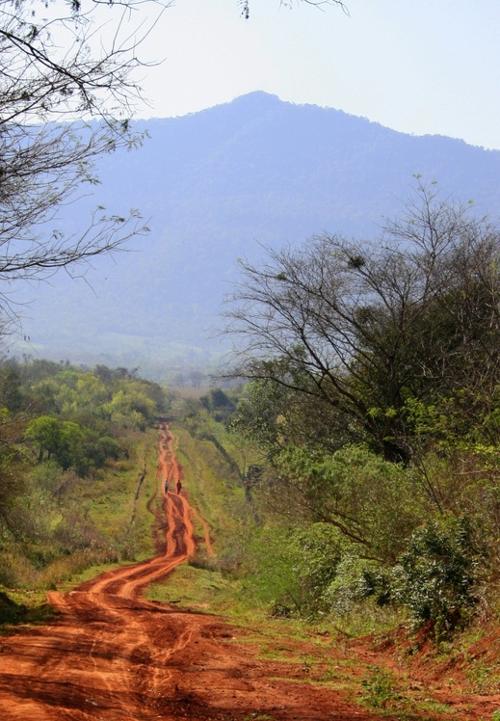 From the west, the Río Pilcomayo comes off the Andean chain; it forms the border with Argentina. Lake Ypoá is the only significant lake.

Deforestation has hit hard, as in almost all South American countries. Between 1958 and 1985, about 2 million hectares of forest and virgin forest were cut down.