Micronesia (from the Greek: small islands) consists of approximately 2300 large and small islands. The islands are scattered in the Western Pacific between Hawaii and the Philippines. Geographically, Micronesia consists of four archipelagos: the Marshall Islands, the Mariana Islands, the Gilbert Islands and the Caroline Islands. Kiribati, which is part of Micronesia, also includes the Line Islands and Phoenix Islands, which are part of Polynesia. The distance from north to south is 2572 km and from east to west 5056 km. This means that the islands are spread over an area of more than 13 million km2. 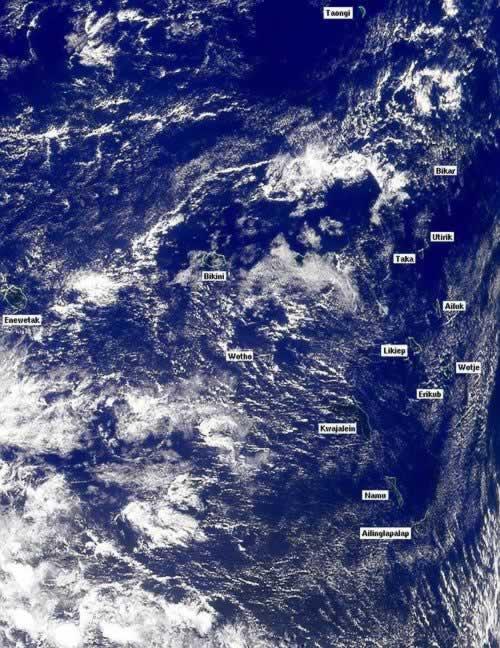 The Marshall Islands is a sovereign republic in the Pacific Ocean, belonging to the Micronesia archipelago. It has been linked to the United States by a treaty of free association since 1986. The Marshall Islands are part of the Oceania region and lie midway between Hawaii and Papua New Guinea. The Marshall Islands consist of 1225 large and small islands and the total land area is 181.3 km2 spread over a sea area of 1,950,000 km2.

The two groups of atolls are about 240 km apart and have a length of about 1280 km. Most of the islands are small, low and include a large central lagoon. The highest point is on the island of Likiep, 10.2 metres high. The southern islands are more densely vegetated than the northern ones. Almost all the islands have beautiful white sandy beaches.