The Federation of Malaysia is a country in south-eastern Malaysia. It consists of two separate parts separated by the South China Sea: West Malaysia or Malacca, which borders Thailand to the north and includes Singapore to the south, and East Malaysia, the northernmost part of the island of Borneo, which borders Indonesia to the south and includes Brunei to the north. The western part covers about 40% of the country's surface, but no less than 85% of the population live there. Malaysia lies between the first and seventh degrees of north latitude and has an area of about 330,433 square kilometres. 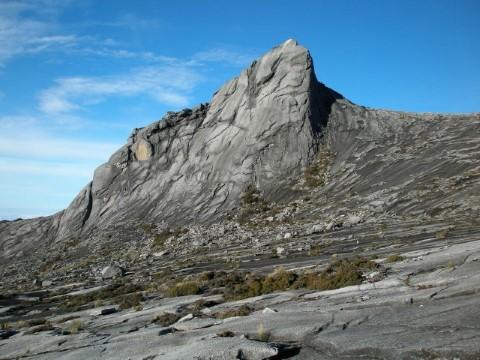 Most of the coastal plains and the rolling hills along the west coast are covered with rubber trees and oil palms from the large plantations. Malaysia today is the world's largest rubber producer. The east coast is less developed than the west. It seems as if time has stood still in certain places. White sandy beaches, fringed by casuarina trees with here and there a small fishing village between the palm trees. Off the coast, you will find islands surrounded by coral reefs and covered by a dense tropical rainforest, with high mountain peaks rising above it.

Malaysia is a hot and humid country. The temperature varies between twenty and thirty degrees throughout the year. Malaysia's climate is dominated by the Northeast and Southwest monsoons, which blow by turns. The northeast monsoon blows approximately from November to April and the southwest monsoon between May and October. The north-east winds regularly cause flooding and heavy rainfall on the east coast between December and February. Sabah and Serawak also have their wettest season during this period. The south-west monsoon brings drier weather, but in a tropical country you can expect showers every day. The highest temperature is reached during the afternoon, after which a heavy shower makes for a fresher and cooler evening. The higher areas are cooler. As there is no real dry season, Malaysia is always green.

The jungle in Malaysia is rich in different tree species. It is estimated that there are at least 2500 trees among the eight thousand plant species. The rafflesia, the largest flower in the world, and the nepenthes raja, the largest specimen of the canary, are both found in Malaysia. Malaysia has a varied flora including acacia, banana, hibiscus, mangrove, oil palm, orchid and sago palm.

The Malaysian jungle is rich in an abundance of different wildlife species. Malaysia's national animal, the Malayan tiger, is still found in fairly large numbers. However, it is rarely seen. Panthers and leopards can be seen from time to time. Another carnivore that can be found here is the common civet or musang. Other animals include the monkey, gaur, honey bear, rhinoceros, elephant, panther, tortoise and tapir. One of the rarest felines in the world, the Borneo gold cat, was filmed in 2009 and 2010 in the Malaysian part of Borneo. The slender reddish-brown cat was last seen in 2003. Before that, the animal was thought to be extinct.