The Federated States of Micronesia is a sovereign, federal republic in free association with the United States and located in the island world of Micronesia in the western Pacific Ocean. The Federation includes the four states of Kosrae (or Kusaie) Pohnpei (or Ponape), Chuuk and Yap and belongs to the Caroline Islands 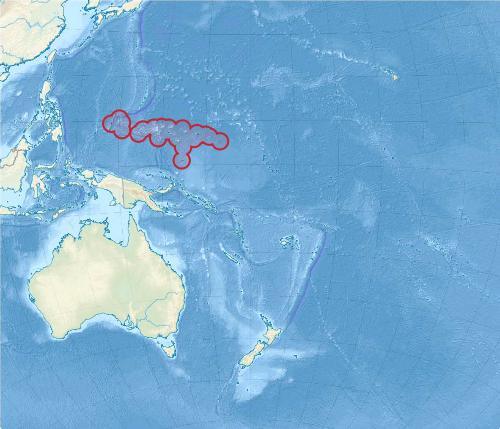 The total land area of the Federation is 702 km2, divided into 607 islands and atolls. Pohnpei occupies about half of the total area. The rest is more or less equally divided among the other three states. The total sea area is 2.6 million km2. From east to west the maximum distance is 2899 kilometres. The total coastline of all the islands together is 6112 kilometres. About 65 islands are inhabited. The new capital of the Federation is Palikir on Pohnpei. Before that the capital was Kolonia.

Kosrae is the easternmost island of the Federation and also of all the Caroline Islands. The total land area is 109 km2, one third of the area of Pohnpei.

Kosrae has a rugged landscape with mountain ridges and valleys. About 70% of the area is mountainous and about 15% is swampy. The highest point is Mount Finkol at 629 metres. Lelu, Utwe and Okat are the ports and all the villages are on the coast.

Pohnpei is a high, volcanic, rugged island, with a coastline full of coves and protruding peninsulas. The interior has rugged mountain ridges and deep valleys. Pohnpei is up to 21 kilometres wide and has a total land area of 334 km2, making it the largest island in the Federation and the third largest island in Micronesia. The centre of Pohnpei is Mount Nahna Laud, but the highest peak is Ngihneni at 791 metres.

Between the island and the surrounding reef is a 181 km2 lagoon containing dozens of small islands. Pohnpei further consists of eight atolls, each no larger than 2.6 km2 in area. The names of these atolls are: Mokil, Pingelap, Sapwuafik, Nukuoro, Kapingamarangi, Oroluk, Pakin and Ant. Pohnpei has 42 streams and rivers, many of which lead to waterfalls.

The most famous and fascinating sight on Pohnpei is Nan Madol. Nan Madol was an important political, social and religious centre during the time of the Saudeleur dynasty and also the place where the kings and their retinues resided. The entire complex comprises 92 artificial islets off the coast of Pohnpei, near Temwen Island. The islets are up to 1.5 kilometres long and about 750 metres wide. The basalt pillars for the structures were up to more than seven metres high and sometimes weighed 45,000 kilos. They were laid down horizontally and so enormous walls were built around the islands. From Pohnpei Island, the pillars were transported to Nan Madol by bamboo rafts. Construction began between 1100 and 1200 AD and lasted 200 to 300 years.

The main island of Yap Proper consists of the four closely situated islands of Yap, Tomil-Gagil, Map and Rumung which lie approximately 1,250 kilometres south-west of Guam. The first three are connected by bridges.

Unlike many other islands, Yap is not volcanic. Therefore, the landscape is hilly with the highest peak Mount Matade at 174 metres. The total land area of Yap Proper is 100 km2, which is 84% of the total area of Yap. Between the reef around Yap Proper are a handful of islands including Pekel, Bi and Tarang.

Almost 1000 kilometres east of Yap Proper are 134 islets with a total land area of 18.8 km2. Some of the islands are no more than a sand or coral beach and are in danger of disappearing into the ocean in a big storm. 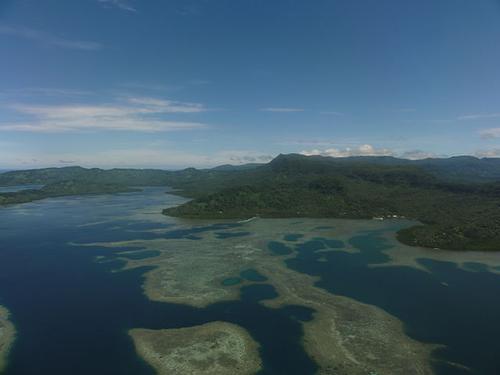