Congo-Brazzaville (French; République Congo), also known as the Republic of Congo is located in western Africa at the height of the equator and has a short (67 km) coastline with the Atlantic Ocean. It is bordered to the west by Gabon, to the north by Cameroon and the Central African Republic, to the east and south by the Democratic Republic of Congo and by the Angolan enclave of Cabinda. 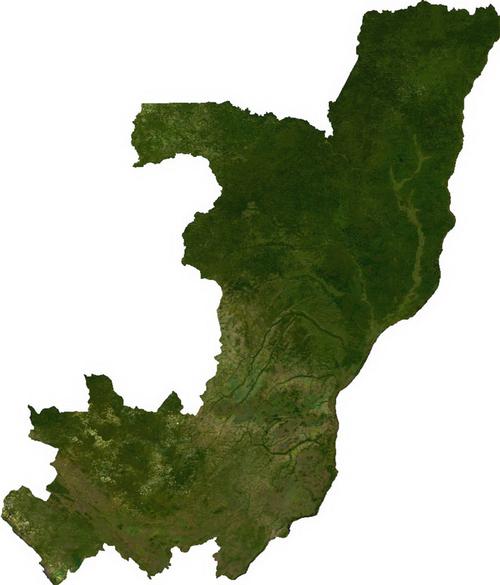 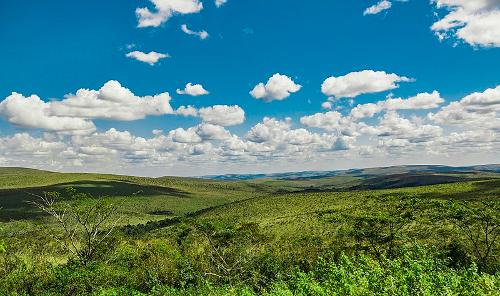 Behind the narrow coastal strip lies a vast area with grasslands and swamps. North of this strip you can find the central plateau of the Mayombe Mountains, a low mountain range with peaks up to 550 metres. This dense equatorial rainforest offers a very different sight from the coast. The mountains are rich in phosphate and the forests provide tropical wood species such as okoumé and limba. In the north, the Mayombe Mountains merge into the Batéké Plateau. In the northeast, the savannah vegetation provides suitable ground for agriculture and cattle breeding. There are large plantations of maize, coffee, cocoa, sugar, tobacco and peanuts.

Powerful rivers cut through the Batéké Plateau, including the Ubangi and the Congo (Zaire). Together they form a 6,500-kilometre navigable stream, the longest in Africa. The Congo handles more water daily than any other river in the world except the Amazon in South America. The river forms the border with neighbouring Democratic Republic of Congo.

At 903 metres, Nabemba is the highest mountain in the country. 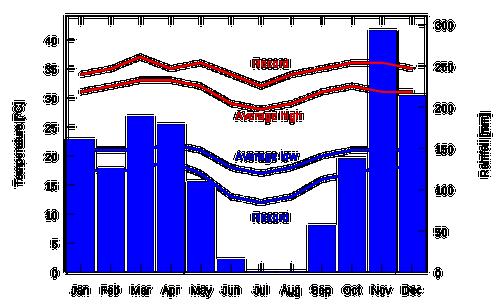 Congo Brazzaville has an equatorial climate: it is hot and humid. The rainy season runs from October to mid-May. Most rain falls in November, especially in the north of the country. July and August are dry and relatively cool months, but the temperature rarely drops below 20 degrees Celsius. Congo Brazaville has a rich flora and fauna. More than half of the country is covered with tropical rainforest. The foliage of soft and hard woods such as African oak, walnut, limba and mahogany protects numerous lower plants and shrubs. Half of the wood is exploited. On the coast and in the swampy areas of the west, coconut palms, grass and reed species and mangrove crops grow. Among the inhabitants of the forest are apes, elephants, okapi, buffaloes and boars. Birds of prey are also present (eagle, hawk, buzzard, owl) and crocodiles feel at home in the Congo River. Reptiles include dangerous snakes such as the cobra, green mamba, viper and various species of python. The savannah plateaus in the north are home to jackals, various types of antelope, giraffes, rhinos, cheetahs and hyenas. Lions are still seldom seen.