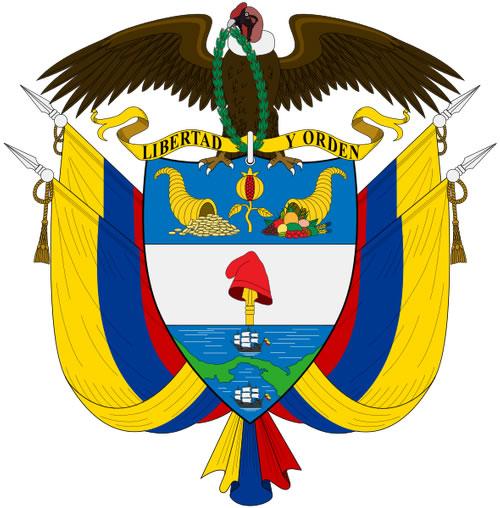 Colombia has a long tradition of (at least formal) democracy, making it a relative exception in South America. The president has strong executive powers and is commander-in-chief of the armed forces. He is elected for a period of four years and is not eligible for re-election.

The 1991 constitution opened the political system to smaller parties, modernised and streamlined the legal system and limited the executive power of the president. For example, he cannot declare martial law without parliamentary approval. The constitution also established the decentralisation of government, elected provincial governors and the power of Congress to dismiss ministers. Furthermore, in August 2000, the autonomy of the military was reduced. In conflict areas, however, the military has far-reaching constitutional powers. 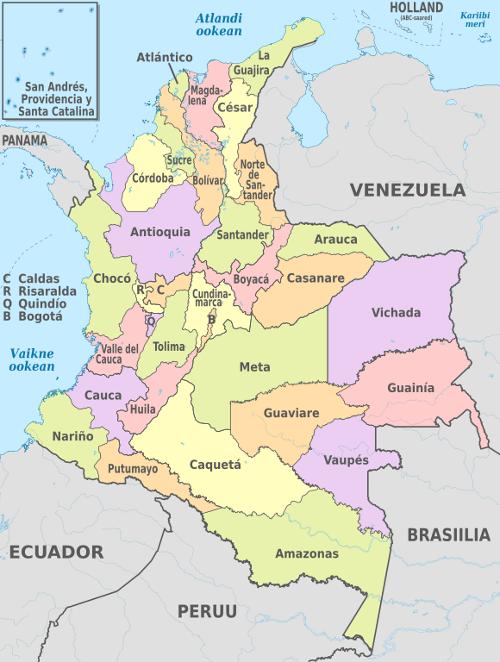 Successive governments have used a variety of methods to deal with the conflict: military repression, negotiation or a combination of both.

President, Alvaro Uribe Vélez, who took office in August 2002 and was re-elected in June 2006, is pursuing a policy of eliminating terrorism, drug trafficking, money laundering, arms trafficking, kidnapping and extortion, and assassination. The central aim of this policy is to restore the control of the army and police over the national territory and to guarantee the security of citizens and human rights. The government plans to achieve this by, among other things, strengthening the institutions responsible for public order (security forces, army and police) and justice, combating drug trafficking, measures to protect citizens and cooperation with the population in the areas of security and information.

The Uribe government has been negotiating with the paramilitaries since late 2003, supported by the Organization of American States (OAS). The aim is to demobilise the members of the paramilitary groups. An important instrument is the "Justicia y Paz" (Law and Peace) Act, which was adopted by Congress in 2005 and put into effect by the Constitutional Court in 2006. This law is intended to provide a framework for demobilisation of illegally armed groups. Fighters who voluntarily hand in their weapons receive relatively mild sentences and have the opportunity to participate in reintegration projects. President Uribe's policy has been very successful, the country has become safer and the leaders of the paramilitary group Autodefensas Unidas de Colombia (AUC) have accepted the proposal; in 2006, 31,000 paramilitaries demobilised voluntarily. According to opinion polls, there is great popular support for President Uribe's policy. However, there is also criticism. This includes the strong emphasis on military (territorial) control, the meek attitude towards the paramilitaries and their links with the army/police and the pressure on the critical side of civil society, including human rights NGOs. In addition, objections were raised to possible under-punishment of demobilised leaders of illegal armed groups, to the spraying of illegal crops (drugs) and to the use of the civilian population in the struggle (using farmers as part-time soldiers and rewarding informers).

The AUC seemed to have increasingly clear political ambitions. With some regularity, scandals recurred of high government officials who appeared to have ties with the AUC. In January 2004, the former military chief of the AUC claimed that the paramilitary even held one third of the seats in Congress. Since the capture of the top leadership and the purges of the Uríbe government, these political ambitions have for the moment largely disappeared or been put on hold.

The current political situation is described in the history section. 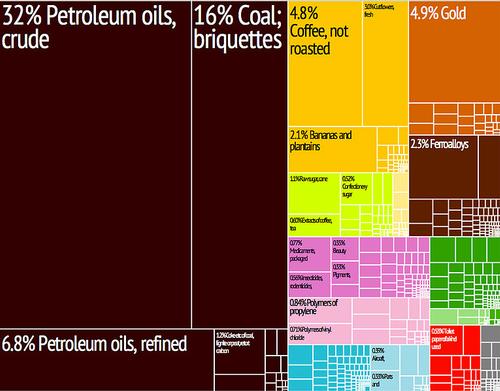 The Colombian economy is growing again and this trend is expected to continue. There is considerable dependence on economic developments in the United States, which will increase with the signing of the free trade agreement with the US.

The government has managed to reduce the budget deficit, which rose to 5.4% of GDP in 2003, to a small plus in 2013, thanks to local and regional spending cuts, tax reform and the high international price of oil. However, external debt remains one of the weak points of the economy at 50% of GDP.

Rising military expenditure due to the armed conflict is having a negative impact on the budget deficit.

However, the new government's approach and the support of the international community, expressed in the London and Cartagena Declarations, give cause for hope. Domestic security has improved, giving entrepreneurs more confidence in the Colombian economy and, in the long term, potentially bringing more domestic and foreign investment. Growth is expected to continue in the coming years, increasing employment and reducing poverty. Economic growth in 2017 was 1.8%.