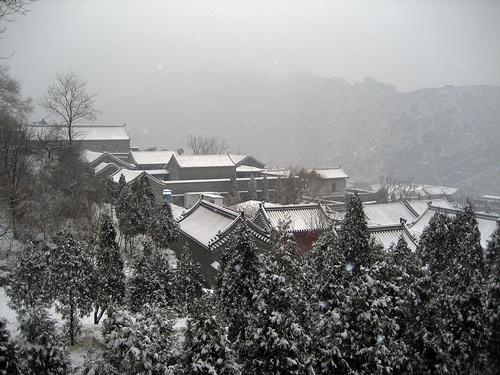 China in winterPhoto: Allen Watkin CC 2.0 Generic no changes made

Most of China is in a temperate climate zone with clearly distinguishable seasons, but due to the enormous area of the country, China has a wide variety of regional climates. The dry winters that generally characterize China's climate are caused by cold air masses that form above the high-pressure areas of the Asian continent.

In summer, the monsoons blow exactly from the opposite direction. The east, south and southwest of China are then often ravaged by extreme rainfall, causing floods that often cause great damage to land and population. 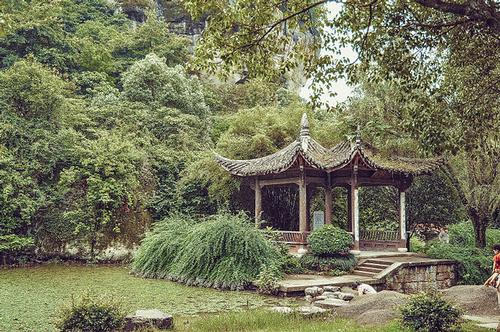 In the last weeks of August and the first weeks of September, the southeastern coast of China is often hit by tropical whirlwinds or "typhoons." Typhoons (da feng = strong wind) hit China more often than any other country. According to Chinese standards, a storm with a force of 8-11 is considered a typhoon. They can penetrate up to 400 km, although this is an exception. Sometimes they last for a few days, but usually after a few hours the greatest danger is over. Provinces like Quangdong and Fujian are hit by a typhoon on average seven times a year.

The southern parts of Guangdong, Guangxi and Yunnan provinces, plus Hong Kong, Macau and Hainan Island, are in a tropical climate zone with very hot summer months.

High-altitude travel destinations are very cold in winter, and many places are not even reachable anymore.

Northeastern China has dry, hot summers and long, cold winters, as do the desert regions of Inner Mongolia and Sinkiang. The Amur River is frozen for about half the year and Mohe is the coldest place in China and is therefore also referred to as the "Chinese North Pole". Temperatures below -50 °C are no exception and the average January temperature is -20 °C.

Central China has hot, humid summers with a lot of rain in the late summer months. In the lower reaches of the Jangtekiang, winters are not as cold as in the centrally located Loess Plateau and in the mountain-surrounded province of Sichuan. Sandstorms occasionally occur around Beijing, Xi'an and Zhengzhou in winter and spring.

Summers in the highlands of Tibet and Qinghai (above 4000 meters) are short and moderately warm, while winters can be very cold. The precipitation amounts are only small and the differences between day and night temperatures can be very large.

The highlands of Yunnan-Guizhou have a mild climate with warm summers and cool winters. It rarely freezes there and the precipitation amounts are low.

South China has a subtropical climate with uniform precipitation levels throughout the year. Summers are long, humid and hot; winters cool, but short. The island of Hainan has a tropical climate.