Chad is located in Central Africa and is entirely landlocked. Chad borders Libya to the north, Sudan to the east, the Central African Republic to the south and Cameroon, Nigeria and Niger to the west. The surface area of Chad is 1,284,000 square kilometres. 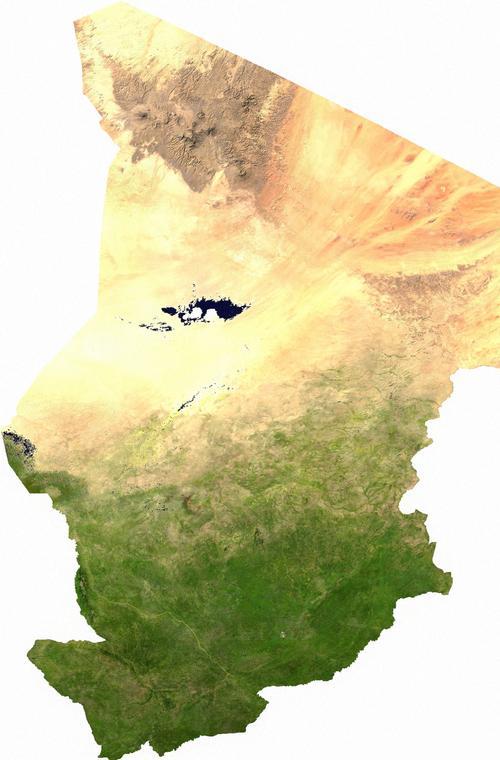 A large part of Chad is located on the Chad Basin. This area is a drainage basin with Lake Chad. After a period of rain, this lake has a surface area of approximately 25,000 km2. After a dry period, the surface is much smaller. The Tiberi Mountains lie to the north and east of the Lake Chad Basin. In the south of Chad are the Equatorial African savannah forests and savannahs. To the north, these become progressively drier and turn into steppes, desert steppes and desert (Sahara).

Chad has numerous lakes that are mostly drained; like the many rivers, they are dry for large parts of the year. The main river is the 800 km long Chari with many tributaries including the Logone. This river flows into Lake Chad. 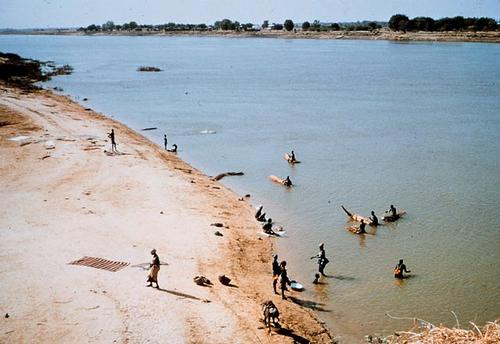 Chad has a tropical climate in the south and a desert climate in the north. The rainy period in the south lasts six months, from May to October. The annual rainfall in southern Chad ranges from 600 to over 1200 mm. The north of Chad has a desert climate. Afternoon temperatures are high here, but night-time temperatures drop sharply. In the months of March to May, temperatures are around 45 °C. These are the hottest months of the year. These are the hottest months of the year. On average, there is very little rain in the Sahara, between 50 and 200 mm. of precipitation per year.

Rainfall determines the type of vegetation in the country. In the north, stiff grass grows in the dry riverbeds. Palms are planted in some oases. The steppes of the Sahel zone are covered with tough grasses and thorny bushes. In the south of the Sahel zone, there is forest landscape with acacias, gum trees and the characteristic baobab: the monkey bread tree. Chad also has a tropical part. In this part, tropical rainforest grows in the extreme south. The vegetation there is very lush and varied.

Snakes, lizards and other reptiles live in the desert areas. The other part of Chad has many wild animal species such as antelopes, giraffes, lions and cheetahs in the Sahel zone. Elephants and rhinos, among others, live in the more forested areas. Crocodiles and hippos live mainly in the swamps.