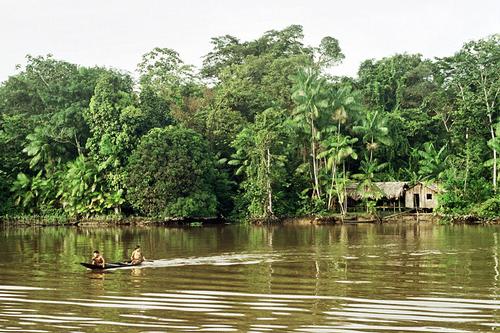 What can you expect if you decide to celebrate your holiday in Brazil? Beautiful beaches, vast rainforests, the world famous carnival and an amazing variety of natural and cultural wonders. The enormous size of Brazil, the welcoming atmosphere and the many sights make Brazil a great choice for an unforgettable holiday in this South American country. Despite the enormous possibilities that Brazil offers, the country still only attracts about five million tourists per year. An important cause of this relatively low number is the still fairly inadequate infrastructure and all stories about high crime rates do not contribute to a more positive image of Brazil.

Many cities in Brazil are characterized by (restored) buildings and houses that still date from the Portuguese colonial era, including many monasteries and churches at mission posts of the Jesuits from the 16th to the 18th centuries. Beautiful examples are the Sete Povos das Missões in the state of Rio Grande do Sul, the Pelourinho district of Salavador de Bahia and in Olinda, where the late Baroque Benedictine monastery Mosteiro de São Bento has been declared a World Heritage Site by UNESCO. One of the most beautiful cities in the south of Brazil is Florianópolis with its blue and white painted houses that are also very reminiscent of Portugal.

In the south of Brazil is one of the most impressive natural spectacles in all of South America, the waterfalls of Cataratas del Iguaçu, which, with a depth of 70 meters and a width of approximately 3 kilometers, make an unforgettable impression, especially in the rainy season. Nature lovers can also visit the Fernando de Noronha archipelago, about 400 km northeast of mainland Brazil. Located in Brazil, Paraguay and Bolivia, the Pantanal, with an area of over 150,000 km2, is the largest wetland area in the world and is also home to the largest number of aquatic plant species in the world and many endangered species. 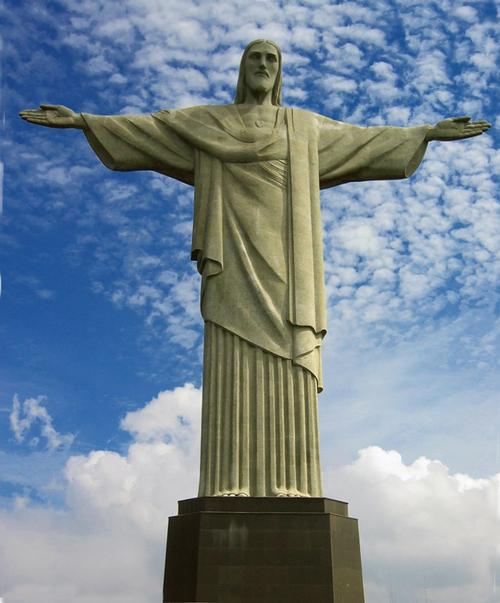 Rio de Janeiro is known worldwide for its carnival and beaches such as Copacabana and Ipanema. With a cable car to the top of the rock Pão de Açúcar (Sugarloaf) and a must-see is also the mountain Corcovado (710 m) with the world famous Christ statue 'Christo Redentor', which is in the middle of the city. Other attractions include the Botanical Garden Jardim Botànico do Rio de Janeiro, the São Sebastião Cathedral and the Igreja da Candeláia and Santa Luzia Churches, the São Bento Monastery, the Santo Antônio Monastery Church, the Maracana Stadium, the Lagoa de Rodrigo de Freitas Lagoon, the Museu Nacional de Belas Artes, the Museu Histórico Nacional, the Museu Nacional, the Palácio Guanabara Royal Palace, the Museu do lndio (Native Americans), the historically important park Quinta da Boa Vista and Brazil's oldest zoo, Jardim Zoologico do Cidade do Rio de Janeiro.

São Paulo is the largest city in Brazil, but certainly not the most touristically interesting city. Yet there is still plenty to see and admire in this multi-million city, including the neo-Gothic cathedral Catedral da Se de São Paulo, the parks Dom Pedro II, Ibarapuera and Estado, the museum for ecclesiastical art Museu de Arte Sacra, the Museu de Arte de São Paulo (MASP, the largest and most important art museum in all of Brazil, with a collection from the 14th century to the present), the snake research center Instituto Butantan, Ibirapuera Planetarium, the first planetarium in the southern hemisphere, and the São Paulo Zoo.

Brazil's capital, Brasilia, was built almost literally out of the blue in the 1950s. Brasilia is particularly interesting because of the urban plan and the monumental buildings of Lucio Costa, Oscar Niemeyer and Le Corbusier, among others. Places of interest include the Cathedral Santuario Dom Bosco, the Presidential Palace Palácio da Alvorada, the Eixo Monumental with the Esplanada dos Ministérios and the National Congress, the Palácio do Planalto, where the President of Brazil has his office, the Complexo Cultural da República, with the Biblioteca Nacional de Brasilia and the National Museum Museu Nacional da República. Praça dos Três Poderes square is adjacent to the buildings of the legislative, executive and judicial branches, Congresso Nacional, Palácio do Planalto and Supremo Tribunal Federal respectively.

The 'green', modern carnival and trading city of Porto Alegre (nicknamed Poa) is one of the largest cities in southern Brazil with tourist attractions such as the crowded city park Parque Farroupilha with many monuments, a zoo and a botanical garden; the open-air theater Anfiteatro Por-do-Sol, wind farm Moinhos do Vento; the large central market Mercado Público Central; the historic power plant Usina do Gasómetro; the museums Museu de Arte Contemporanênea do Rio Grande do Sul (largest collection of art in the state of Rio Grande do Sul), Museu Histórico Júlio de Castilhos Museum (Rio Grande do Sul's oldest museum of local history), Museu Joaquim José Felizardo (with a large collection of archaeological artifacts and photos of old Porto Alegre), Memorial do Rio Grande do Sul (about the history of the state of Rio Grande Do Sul); the Nossa Senhora dos Navegantes church and the Cathedral Metropolitana cathedral.

Recife, also known as the Venice of Brazil due to the many bridges spanning the Beberibe and Capibaribe rivers, is the capital of the northeastern state of Pernambuco. In the seventeenth century, Recife was called Mauritsstad, because during that period Dutch authorities exercised authority over a large part of Brazil. Remains of that time are Fort Orange on the island of Itamaracá and the fortresses Do Brum and Frederik Hendrik in Recife, as well as the first synagogue of North and South America, Sinagoga Kahal Zur Israel (16th century). The Fort Do Brum contains the Museu Militar Forte do Brum and the Dutch fort Cinco Pontas contains paintings and objects from the time of the Dutch. Other well-known museums are the Museu do Homem do Nordeste (culture and history of the state of Pernambuco), the Museu da Cidade (regional and local history), Museau de Valores (history of the Brazilian monetary system), Museu de Ciencias Naturais (regional flora and fauna). Most places of interest in Recife can be found around the Praça da Republica (including Palacio do Campo das Princesas, Teatro de Santa Isabel and the Sao Francisco Monastery) and the Patio de Sao Pedro (with Recife Zoo, Parque Dois Irmaos, the beautiful Concatedral de Sao Pedro dos Clérigos and the colonial buildings painted in bright colors). Many tourists, however, will be drawn to the beaches near Recife, with Boa Viagem being one of the most popular beaches in northeastern Brazil. The carnival is widely and intensely celebrated in Recife. The opening party alone attracts more than 1 million people, and parades are held all over the city, making music typical of Recife, including frevo, ciranda and mangue beat. In the immediate vicinity of Recife is the beautiful Olinda, not without reason declared a World Heritage Site by UNESCO in 1982. 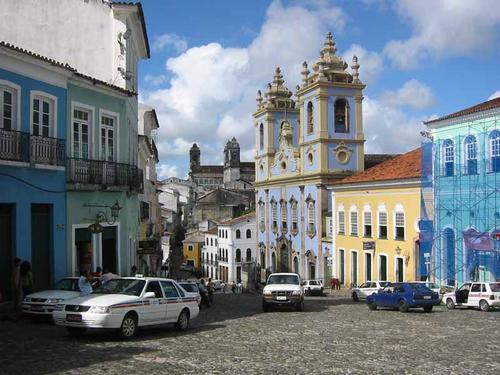 After Rio de Janeiro, Afro-Brazilian Salvador de Bahia is Brazil's most popular city for tourists, with the beautiful historic downtown Pelourinho (UNESCO World Heritage) with 17th and 18th century architecture, a world-famous carnival celebration, earning the nickname 'Capital da Alegria (Capital of Freedom) will not sound strange, and more than 50 km of beautiful beaches. Voted one of the best beaches in Brazil is Praia Porto da Barra. The baroque São Francisco Cathedral is widely regarded as the finest example of Brazilian religious architecture; Also the churches Nossa Senhora da Conceição de Praia, Nossa Senhor do Bomfim are more than worth a visit. The monumental Saldanha Palace is an icon of colonial architecture.

On the northeast coast, in the state of Ceara, is the paradise beach of Jericoacoara, considered one of the ten most beautiful beaches in the world.