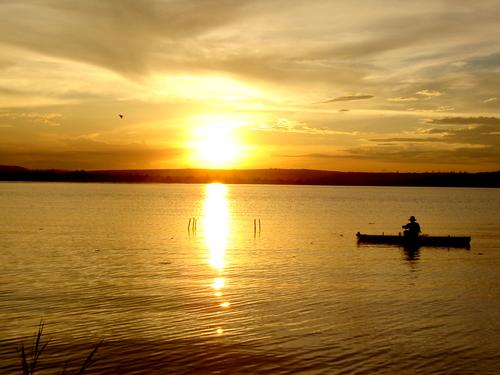 Except for the extreme south, Brazil is entirely within the tropics, so that the climate generally has a clear tropical character. However, due to the vastness of the country, there are large differences and five climates can be distinguished.

The north of the country has few major differences in temperature. In most of the north of the country, a tropical rainforest climate has fairly high average temperatures of over 26 °C. In a large part of the Amazon, especially in the west and near the mouth of the river, more than 2000 mm of precipitation falls annually. Near the mouth of the river, precipitation falls mainly during the summer, in the west there are two rainy times, a large one in February-June, and a small one in October-January. Between the rainy times there is also regular rainfall in the form of showers. The city of Belém is one of the world's cities with the most rainfall.

Like everywhere in countries around the equator, most rain falls in the afternoon. Along the Brazilian coast, precipitation is often increased by driving the upwind winds against the mountains, and this precipitation also usually falls during thunderstorms. Except in the area of Recife, it is mostly summer rains. This also applies to the entire interior.

In the highlands of Brazil and in the northernmost state of Roraima there is a savanna climate where it is around 26 °C during the day all year round. 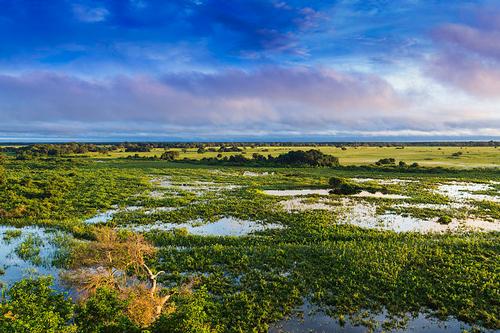 The northeast is a dry and hot area, the sertão, and there is a steppe climate. There is only occasional rain, sometimes not for years on end. Remarkably, a serious drought occurs about every ten years, which can turn into a disaster several times a century.

The tropical maritime climate prevails in Brazil. Nice temperatures all year round and only occasional rain.

In the south there is a subtropical climate and here four seasons can be distinguished, just like in the UK. In this part of Brazil we also find the largest temperature differences. Along the coast a mild climate with temperatures in winter that can drop to 5 and 10 °C, and in the inland and higher areas even lower temperatures. Snowfall is even possible in the far south. The rainfall is distributed throughout the year.

In the south it can suddenly cool down (friagem) quite quickly to temperatures just above freezing point. This happens when Antarctic air flows north. The friagem phenomenon is accompanied by a lot of precipitation, because the moist warm tropical or equatorial air is lifted by the north-flowing cold polar air, causing condensation to take place. The friagem rains usually last three to five days and then it rains continuously.

Inland winds are generally weak and changeable. On the coast, winds from the east dominate and supply relatively moist and warm air. Between 10 ° S.Br. and the equator the winds are predominant east-southeast.

In general one can say that the Brazilian winter lasts from June to August. The temperatures then remain quite high, except in the south. The summer season lasts from December to February.