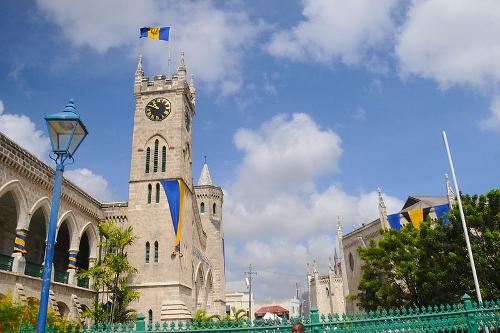 Barbados has been an independent constitutional monarchy within the Commonwealth of Nations since 1966. The British Queen is the head of state and is represented by a Governor General. The Legislative Assembly (one of the oldest in the Commonwealth - 1629) is elected for a term of five years and consists of two chambers. Barbados is administratively divided into twelve municipalities, which come under the direct responsibility of the central government. Executive power is in the hands of the Prime Minister and the cabinet. The prime minister is usually the leader of the largest party. The parliament consists of two chambers. The lower house, the Assemblée, consists of 30 members. They are elected by universal suffrage. The House of Lords, the Senate, consists of 21 members. They are appointed by the Governor General. The current political situation is described in the chapter history.

Barbados is affiliated with the United Nations and a number of its sub-organizations, the Commonwealth and the CARICOM (Caribbean Community). Barbados is also an associate member of the European Union. Although political power is in the hands of the black population, the economic power largely rests with a small, mainly white (foreign) elite. 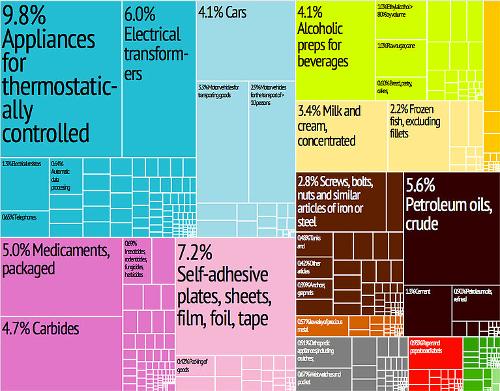 The economy of resource-poor Barbados is quite diverse. Trade and services, industry, government services and tourism are the main components of the gross national product. Until the 1960s, the economy was based entirely on the sugar industry. The government is also promoting diversification within the agricultural sector. In addition to sugar, corn, cotton, onions, peanuts and fruit are also grown. People are trying to become self-sufficient with regard to fish consumption. The island has a Gross National Product per capita of $ 17,500 per inhabitant (situation in 2017).

In the industrial sector, the petroleum industry and the processing industry (rum, electronics, textiles and chemicals) are important. To attract foreign investors, the government offers, among other things, tax facilities and a toll-free import of raw materials. Financial services (offshore) are growing rapidly. High expectations are held for computer technology and knowledge. The balance of payments is in chronic deficit. Total external debt amounts to about ninety percent of the gross national product.