Barbados is the easternmost island of the Windward Islands in the Caribbean. The island is shaped like an avocado and is located approximately 175 kilometers east of St. Vincent in the Atlantic Ocean. Barbados covers an area of 431 square kilometers and is approximately thirty kilometers long and 20 kilometers wide. 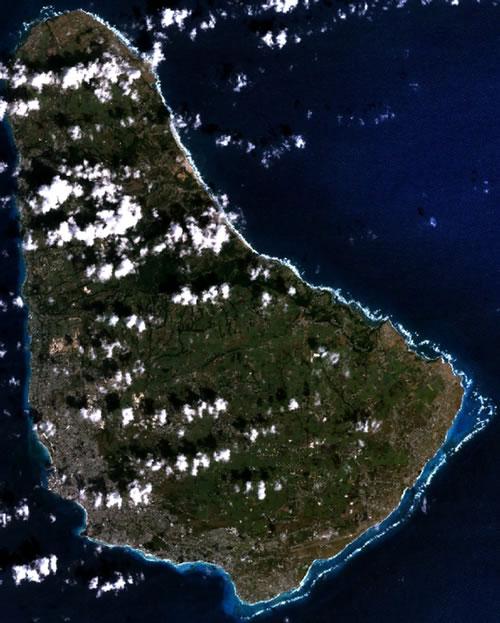 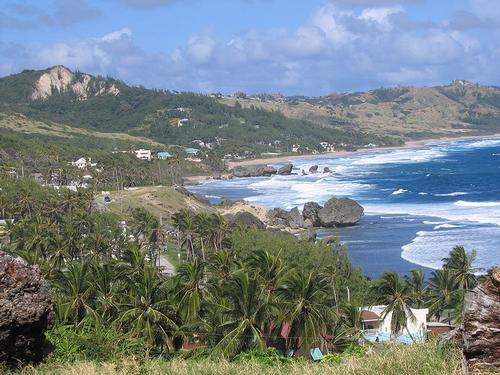 The island was created from a coral reef that has risen above sea level. The landscape is generally quite flat. Only inland are some hills, of which Mount Hillaby is the highest at 336 meters.

The west coast of the island consists largely of sandy beaches. Most hotels are also located here. The northeast coast is jagged and rugged and littered with rocks and debris. The southeastern part is quieter and has only beautiful sandy beaches, including the famous Crane Beach. The capital Bridgetown is located on a bay on the southwest coast. 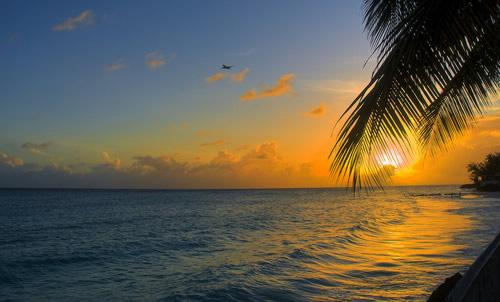 Barbados has a pleasant climate with temperatures between 24 and 29 degrees. The annual number of sunshine hours is more than three thousand. The tropical heat is wonderfully softened by a constant sea breeze. At night, the temperature rarely drops below twenty degrees. The rainy season is from July to November. During this period there is an occasional refreshing, short shower. The island lies outside the so-called Hurricane Belt and therefore has nothing to fear from the annually recurring hurricanes that can ravage the Caribbean. The best time to travel is between January and May, the driest period in Barbados. 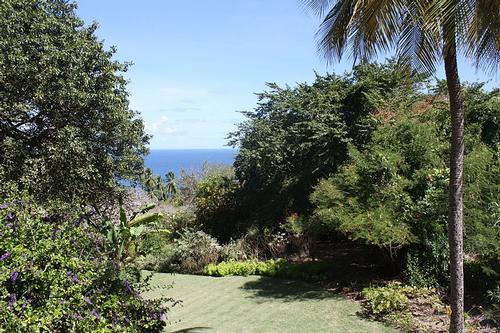 The flora is highly dependent on rainfall. The warm summers give Barbados an arid impression. The flowers bloom from September to the end of April. Especially the botanical gardens of Andromeda Gardens are worth a visit during this period. This also applies to the Flower Forest with its colorful, exotic plants and flowers. A walk through the dense forests of Welchman Hall Gully and Turners Hall Woods is an experience for the adventurous hiker. The following plants and trees are common in Barbados: casuarina, flamboyant, frangipani, ixora, mahogany, mango and palm. 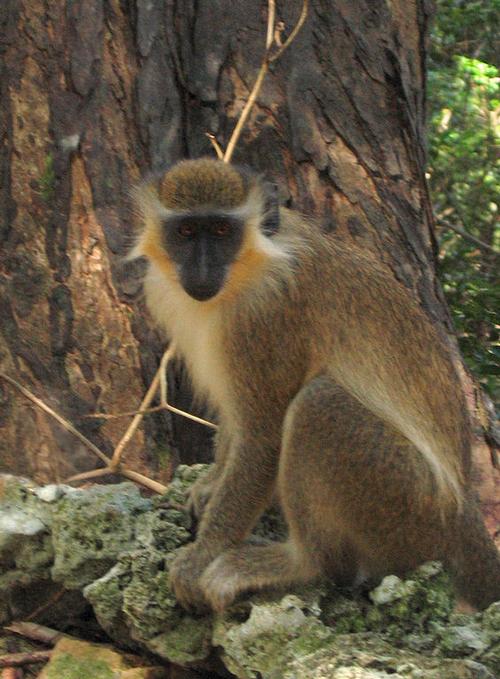 The fauna is very limited in Barbados. Many goats are loose. In the Barbados Wildlife Reserve in the north, the unique Barbados green monkey can be admired. The ancestors of this monkey species come from West Africa. Over time, the animal posed a threat to agriculture and was widely hunted for a long time. It is currently estimated that there are approximately five thousand green monkeys in the wild on Barbados.

Just off the west coast is a beautiful coral reef where many types of coral and colorful fish can be admired.