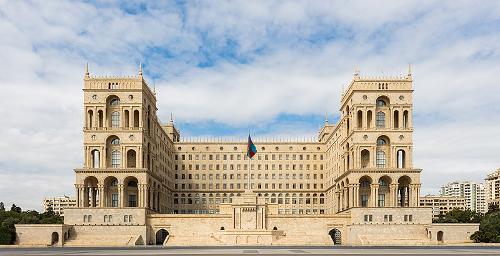 In 1995, a new Constitution was passed by referendum to replace the Soviet-era Constitution. Within Azerbaijan lie the Autonomous Republic of Nakhichevan and the Armenian enclave of Nagorny-Karabakh. The local leadership of Nagorny-Karabakh has declared the enclave independent, but this is not recognized internationally.

The president is directly elected for five years and can be re-elected at most once. He appoints the cabinet and, in consultation with parliament, the prime minister and the heads of local authorities. The president has great powers. In 2002, several constitutional amendments were made through a referendum. One of the most important is the fact that from now on the president no longer needs a two-thirds majority in elections, but that an absolute majority (i.e. 51% of the votes cast) is sufficient. In addition, it has been decided that in the event that the president is unable to exercise his office, his powers will revert to the prime minister, rather than the parliament speaker, in the period before new presidential elections.

Parliament (Milli Majlis) has 125 seats and is directly elected through a district system for a period of 5 years. Despite its theoretical powers, this parliament has little power in practice. Aliyev's New Azerbaijani Party (NAP) has a majority in parliament. The opposition is divided. Parliamentary elections were held on 6 November 2005 and were assessed by the OSCE as neither free nor fair, despite some progress made over the previous elections.

In Azerbaijan, the judiciary consists of the Constitutional Court, the Supreme Court, the Economic Court and the regular and specialized courts. Unfortunately, the legal system has so far been little developed. The president appoints lower courts and can nominate candidates to the Constitutional Court, the Supreme Court and the Economic Court, who are then appointed by Parliament. 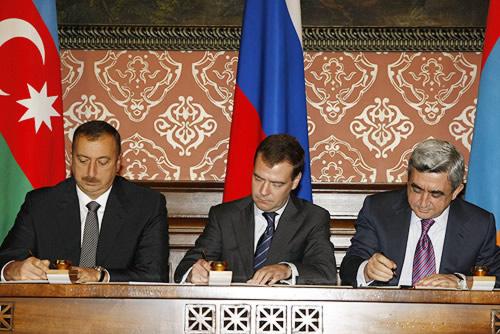 Most of the population in Azerbaijan is aloof from domestic politics. Sometimes there are protests, especially in connection with the poor energy distribution, but these are generally short-lived. Due to the weak opposition, there is little chance of political instability. Since the parliamentary elections in November, the opposition has grown somewhat stronger. This is mainly due to international pressure to make the elections fairer. The main opposition parties are Musavat, the Azerbaijan Popular Front Party and the Azerbaijani Democratic Party (united in the Azadliq block).

An important point in domestic politics is Nagorny-Karabakh. This conflict has still not come to an end. Despite peace negotiations, this does not seem to be happening for the time being. There are still sporadic fighting, but it is expected that the conflict will no longer break out in full force, as in the 1990s. 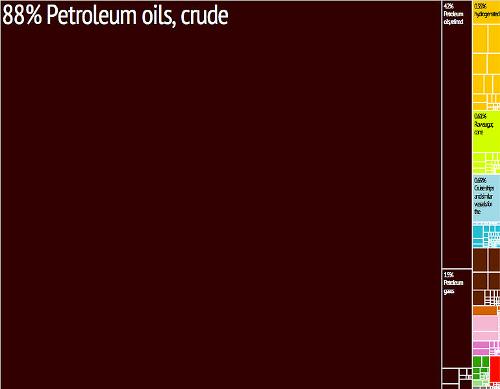 The stabilization and reform program started in 1995 has led to economic growth again from 1996, for the first time since the collapse of the Soviet Union. This growth was mainly caused by the high direct investment in the oil industry. This has resulted in the economy being highly dependent on oil.

Unemployment is 18.9% of the labor force. The Azerbaijanis still see little of the high oil yields. All additional proceeds go into the State Fund to be able to absorb any setbacks in the future. This fund is also intended to reduce poverty.

Inflation and budget deficits are small. As a result, the external debt has also remained relatively low. However, structural reforms are needed in the rest of the economy, which is inefficient. Due to weak implementation and high corruption, tax revenues remain low. Slow reforms are being implemented in the banking sector, for example to make it more liquid.

While privatization of small and medium-sized businesses is nearing completion, it has yet to begin at large companies. Furthermore, the development of non-oil sectors, such as agriculture, is necessary to diversify the economy more. Finally, high levels of corruption should also be tackled.