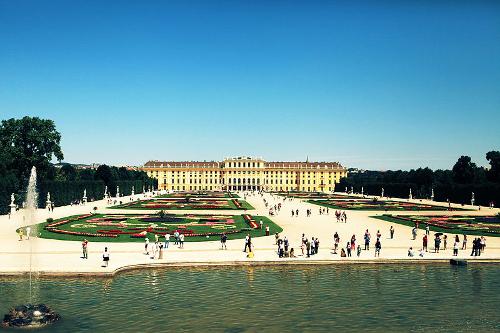 Vienna is an unparalleled tourist metropolis. In the city center is the Hofburg with the Spanish Riding School and the famous St. Stephen's Cathedral. On the Ringstrasse that runs around the city center we find the Karlskirche, the most beautiful church in Vienna, historical theaters and many museums, including Historisches Museum der Stadt Wien, Museum Moderne Kunst, Kunsthistorisches Museum, Naturhistorisches Museum and the Uhrenmuseum with more than 3000 pendulum clocks, pendulums and pocket watches. Schönbrunn Palace, the "Versailles" of Austria, is a big crowd puller. Often visited is the Prater, a permanent fair with the world famous Ferris wheel. 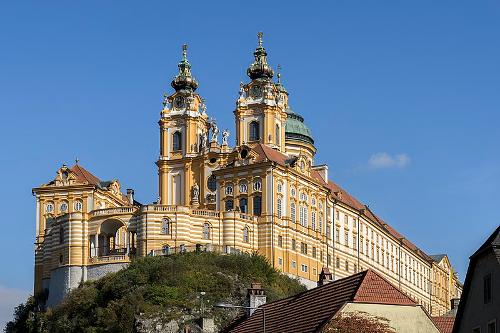 In Lower Austria we find many monasteries, castles and palaces and idyllic towns such as Dürnstein, Lilienfeld and Retz. The Melk Monastery, one of the most beautiful baroque abbeys in Europe, is well known.

Burgenland, along the border with Hungary, is characterized by the many castles, wine growing and the steppe landscape around the nature reserve Neusiedler See, the largest steppe lake in Europe. Seaside resorts such as Rust and Padersdorf are located on the banks of Lake Neusiedl.
Many abbeys and castles in Steiermark. There are many hiking and biking trails for active holidaymakers. The capital, Graz, organizes numerous cultural events every year. A tourist highlight is Schloss Eggenberg, a baroque castle with twenty splendid halls that have been converted into a museum. The castle also houses a hunting museum and a historical museum with finds from prehistory to Roman times, the most important object being the "Kultwagen" from the Hallstatt period.

Carinthia is the most popular holiday destination in Austria with, among other things, about 200 well-visited valley and mountain lakes. The Grossglockner-Hochalpenstrasse is a beautiful mountain road along glaciers and through the eternal snow. The capital Klagenfurt is known for its many historic buildings and various museums, including the Landesmuseum with mosaics, statues and grave fragments from Roman times. The Roman ruin Virunum is located on the Magdalensberg.

Upper Austria north of the Danube has a sloping, green landscape. South of the Danube are mountains, mountain lakes, extensive forests and rivers. North of the capital Linz is the Cistercian Abbey of Wilhering with one of the most beautiful Rococo churches in Austria. The Mauthausen concentration camp is open to the public and shows the atrocities of the Second World War. The largest alpine lake in Austria is the Attersee with an impressive nature. Bad Ischl is a well-known health resort. 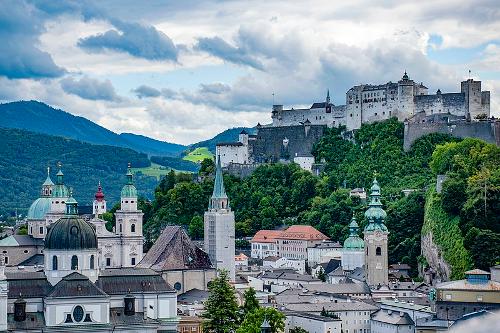 Salzburg is one of the cultural Baroque highlights of Europe. Attractions are the Dom and Domplatz, Mozart's house, the Cathedral Museum and the Spielzeugmuseum.The Salzburgerland, in the west of Austria, is characterized by high mountains, hills, spruce forests, and the "salty" past. An old salt mine still in operation is located in Bad Dürnberg. Very interesting near Werfen is the Eisriesenwelt, the largest ice cave in the world. North of Saalfelden is the Lamprechtshöhle with bizarre rock formations and underground waterfalls. The Krimmler waterfalls plunge 380 meters down. 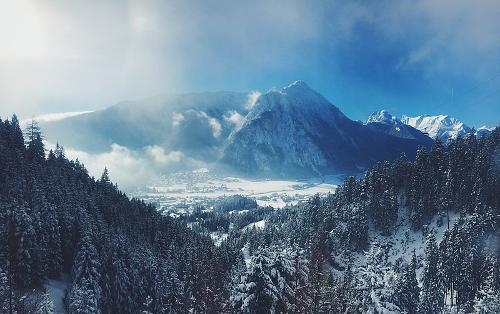 The beautiful Tyrol with its impressive mountain landscape, forests and valleys and places such as Innsbruck, Kufstein and Kitzbühel has everything for a successful holiday. Innsbruck is the cultural capital of Tyrol with, among other things, the Spitalkirche from 1320. The most famous building is the Haus mit dem Goldenen Dachl, which is said to have been covered with 2680 gilded copper plates. The Hofkirche, built as a mausoleum for Emperor Maximilian, is located next to the Tyrolean Folk Museum. Dozens of alpine animals can be seen in the Alpenzoo. A favorite destination in Tyrol is the Zillertal with many hiking and skiing areas. The Heldenorgel was built in Kufstein, an open-air organ with 46 registers and 5000 pipes. The international jet set comes together in fashionable Kitzbühel. The highest located hotel retaurant in Austria can be reached with the Tiroler Zugspitzbahn and is located at an altitude of 2805 meters. In 1991, "Ötzi" was found in the Ötztal, a mummified hunter who had died 5300 years earlier. Scientists discovered in 2001 that the glacier man had been killed by an arrow.

Vorarlberg is the westernmost state in Austria. Vorarlberg is ideally suited for hiking and car trips. The capital Bregenz is known for its Festspiele which are held in July and August. Interesting is the Vorarlberger Landesmuseum where the history of Bregenz and Vorarlberg is told. A well-known tourist town is Schrunz.