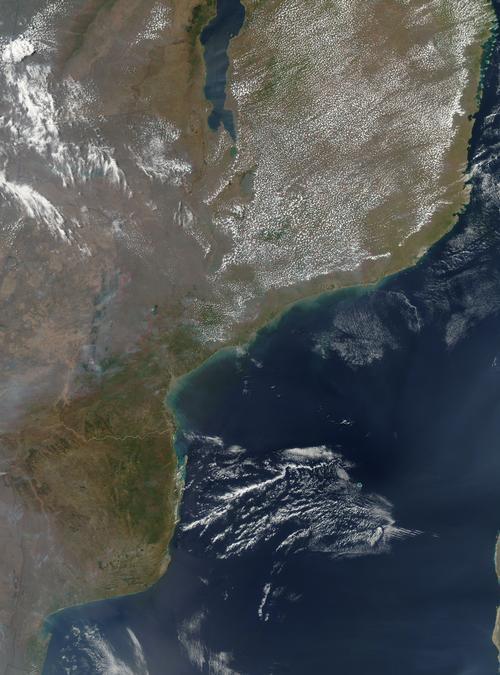 The landscape consists mainly of flat coastal areas, with a mountainous area in the middle. 44% of the country is lowland (below 200 m). In Cabo Delgado and Nampula, the lowlands consist of no more than a coastal plain about 60 km wide, but extend around the Zambezi delta deep into the interior.

The 2655 km long coast is characterised in the north by cliffs and around the Zambezi delta (8000 km²) by extensive mangrove swamps. In the south, the estuaries are more rare and here too there is an alternation of shallows and mangrove swamps with a number of bays opening to the north.

South of Ponta Da Barra the coast is characterised by dunes and lagoons. In the interior of northern and central Mozambique, the lowlands gradually give way to a gently rolling plateau rising from 200 to 1000 metres. Prai do Tofo, beach in south-east MozambiquePhoto: Erik Cleves Kristensen CC BY 2.0 no changes made

The climate in Mozambique ranges from tropical in the north to subtropical in the south of the country. Cyclones regularly pass through the country. The rainy season is from December to April, with the best chance of lovely holiday weather between May and October.