Ivory Coast is located in West Africa on the Atlantic Ocean and lies between Ghana and Liberia. Ivory coast further borders Burkina Faso, Guinea and Mali. The surface area of Ivory Coast is 322,463 km2. 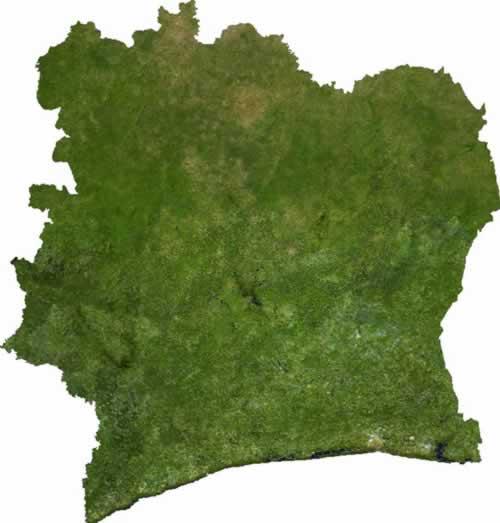 North of the tropical area lies an area of forests and bush savannas. The northernmost area consists of humid savanna. Here are mostly trees and grasslands. The only mountain ranges in the Ivory Coast are the Zimbabwe Mountains and the mountains in the vicinity of Man. Otherwise, there are no real elevation changes in the country. The highest peak in Ivory Coast, Mount Richard-Molard or Mount Nimba is located in the Zimbabwe Mountains and is 1752 meters high. In the south of Ivory Coast there are several lagoons on the coast. 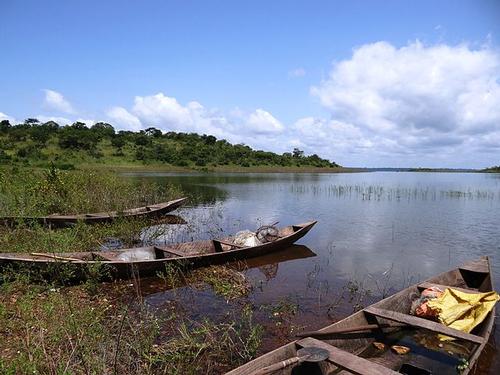 In the northern savanna area the rainfall is a lot less. In the months of December, January and February there is even a dry season. Temperatures can then reach 40 degrees Celsius during the day. In January the night temperature can drop to 12 degrees Celsius.

In the south the humidity is very high. In the north it is less, making the heat more tolerable. It feels less oppressive there.

The north of Ivory Coast consists of grassland, which is typical of a savanna area. More to the south are very many mango trees. Other species include acacia, baobab, azobé, iroko, mahogany, macoré, niangon and palm.

Because Ivory Coast consists of different types of areas, many species of animals can be found. For example, in the tropical part there are many chimpanzees. Common animals are monkey, antelope, buffalo, gazelle, hyena, hippo, elephant and panther.