Iran is located in the Middle East between Iraq and Pakistan. Iran is bordered by the Gulf of Oman, the Persian Sea and the Caspian Sea. The coastline is 2,240 kilometres long. Iran borders the following countries: Afghanistan, Armenia, Azerbaijan, Iraq, Pakistan, Turkey and Turkmenistan. The surface area of Iran is 1,648,000 square kilometres. 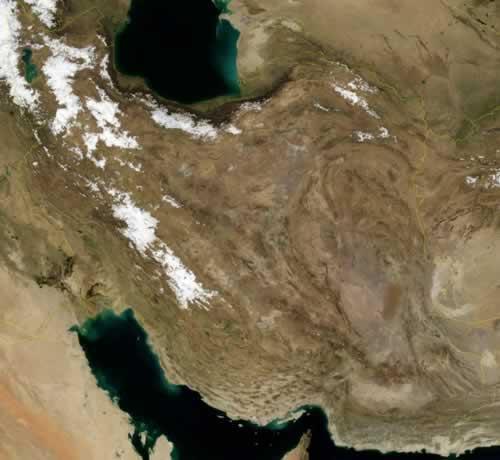 Iran is situated on a plateau, on average 1,000 metres above sea level. It is bordered by two deeps - the Caspian Sea to the north and the Persian Gulf to the south. The central desert plateau is surrounded by high mountain ranges. To the north, the Alborz Mountains form a narrow barrier between the plateau and the fertile lowlands along the Caspian Sea.

The landscape of Iran is generally dry and mountainous. The Highlands of Iran form the largest and central part of the country. The main mountain ranges are the Zagros and Elbo ranges. The Elboers also contain Iran's highest mountain, the Damavand volcano at 5607m. 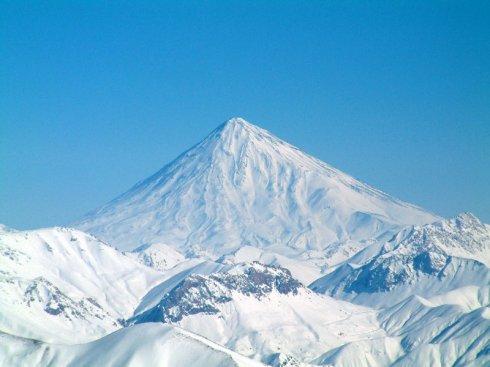 Damavand, highest mountain in IranPhoto: Arad in the public domain

Iran's climate is characterised by large temperature differences in the different seasons and between the north and south of the country. In general, Iran has a continental climate with hot summers and cold winters.

The vegetation in Iran varies greatly from region to region. There are more than 8000 plant species. About twenty percent of these are indigenous. These indigenous species are found mainly in isolated areas. Almost sixty percent of the country is classified as dry or semi-dry. Nevertheless, there is still some vegetation in these areas. This vegetation has adapted to the dryness and salinity of the soil. Common species include acacia, ziziphus, heliotrope, astragalus and wormwood.

The animal life is also very varied thanks to the great climatic and geographical differences. Iran is home to wild cats, brown bears, wild boars, ibexes, gazelles and porcupines. Until the 1940s, tigers, lions, panthers and leopards were hunted in Iran. Only the panthers and leopards have survived the hunts.

Iran has many bird migration areas, some of which are among the most important in the Middle East. Some of the notable and interesting bird species that occur there are the Iranian bee-eater, the grey bunting, grouse, the nuthatch, the step goose, the whitethroat and the Socotra cormorant.