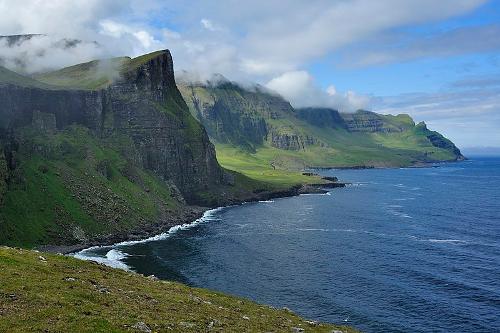 Green mosses on Faroe IslandsPhoto:Ulrich Latzenhofer CC 2.0no changes made

Despite the virtual absence of forests, the Faroe Islands look very green. This is due to more than 1600 species of plants, grasses, sedges, mosses, lichens and mushrooms. Flowers and ferns generally grow in sheltered places such as ravines, where the sheep cannot reach. Trees do not grow because of the salty air, the strong winds and the grazing sheep. 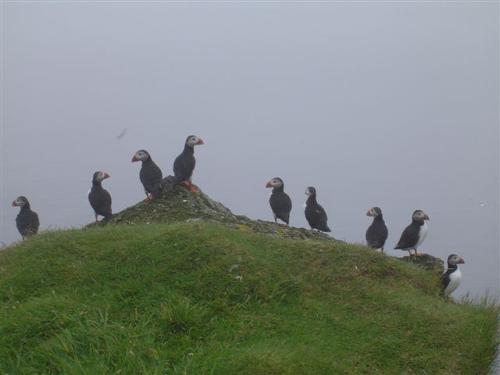 The bird life on the Faroe Islands is the most striking aspect of animal life. Because of the plankton-rich sea and therefore a lot of fish, there are a lot of bird species. The Faroe Islands is the area with the most densely populated bird population in the world. Approximately 49 species breed on the Faroe Islands regularly and 30 species occasionally. Among them are the comical puffins, which are also widely eaten. Other common species are guillemots, fulmars, great skuas, razorbills, gannets, cormorants and kittiwakes. Most of these birds hunt for herring, crayfish and small eels. 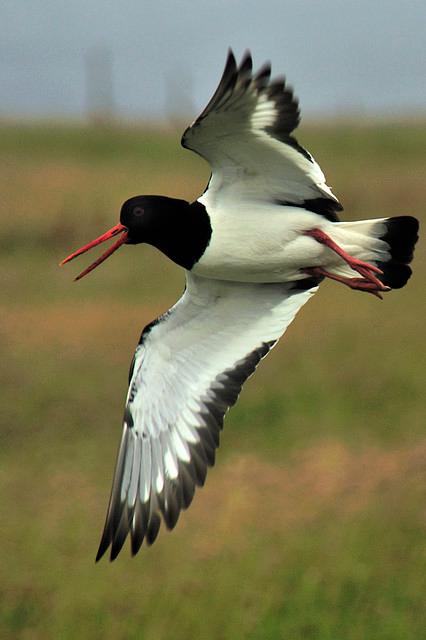 Further inland, there are eider ducks, golden plovers, snipes, rock doves and the national bird of the Faroe Islands, the oystercatcher or "tjaldur". More than 200 species of birds visit the islands during their migration south. The only bird of prey is the dwarf falcon. The best time for birdwatching is the summer, from April to August, and all species are protected. Large schools of pilot whales swim in the sea around the islands. Every year, between 1,500 and 2,000 of them are killed by the local population during the "grindadráp", the hunting with motor boats. Other whale species include fin whales, orcas, dolphins and porpoises. The only pinniped that breeds on the Faeroese coast is the grey seal. There are only five species of freshwater fish on the Faroe Islands, mountain trout, salmon, eel, river trout and stickleback. Saltwater fish and shellfish, often declining in number due to overfishing, include Atlantic halibut, smelt, haddock, megrim, blue whiting, lobster and scallops. Cod is also found along the coast, but not as much as on the high seas.

Furthermore, there are rats, mice, rabbits, cows and sheep...a lot of sheep, there are probably twice as many sheep as people on the Faroe Islands.