Puerto Rico is surrounded by water between the Caribbean Sea and the Atlantic Ocean and belongs to the Greater Antilles. Puerto Rico is associated with the United States. The main island has a length of 175 km and is 55 km wide. In addition, there are a few small islands. The total area of Puerto Rico is almost 9000 km2. The closest country is the western Dominican Republic. 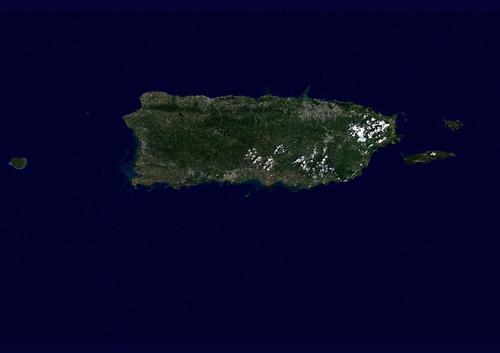 The landscape of Puerto Rico varies. There are white beaches with palm trees, but also mountains, rolling hills and even stretches of desert. In the north there are vast beaches, but also sugar cane plantations and against the mountain hills tobacco fields and banana plantations. The largest part of the island consists of mountainous landscape (60% of the country). The Cordillera Central mountain range runs through the centre of the island like a spine. The highest point in the country is Cerro de Punta (1338 m). There is also a section of tropical rainforest in the east of Puerto Rico. 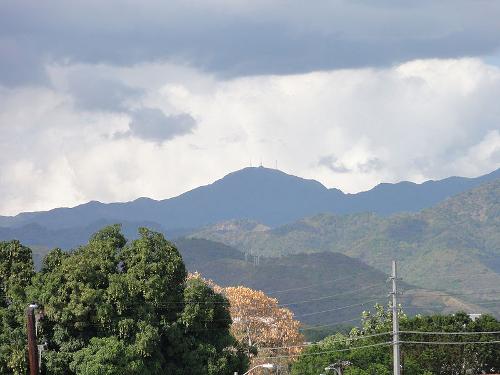 Puerto Rico has a tropical maritime climate. The temperature is fairly constant and does not fall below 25 degrees Celsius even in the winter season. The difference in precipitation between the north and south is considerable. On average, there is more than 1500 mm per year in the north. In the south, precipitation rarely exceeds 1000 mm per year. The hurricane season is from June to November. One speaks of a hurricane when the wind speeds are over 120 kilometres per hour (category I hurricanes). The wind speeds can reach a devastating 250 kilometres per hour (category V hurricanes).

The stretch of tropical rainforest (El Yunque) in the north-east of the island is unique. Here grow 50 different orchid species and thousands of different tropical plant species. On the other side of the island, in the south-west, it is so dry that very special vegetation can also be found there. Cactus fields can be found in the driest places. A little further along the coast are mangrove forests and palms. The national flower of Puerto Rico is the 'flor de maga' and the national tree is the kapok tree.

The islands are inhabited by a large arsenal of small reptiles. There are dozens of lizard species, for example. There are also several species of iguanas. A number of these reptiles have been found on the island with a length of more than one and a half metres.

As an unofficial national animal, Puerto Rico has the coqui frog. This small creature, which resembles our frog, is almost never found outside Puerto Rico.

In addition to the terrestrial wildlife, the waters around Puerto Rico are home to many aquatic animals, including the manatee, barracuda, lobster and a variety of (sub)tropical fish. The national bird of Puerto Rico is the Puerto Rico spindalis.