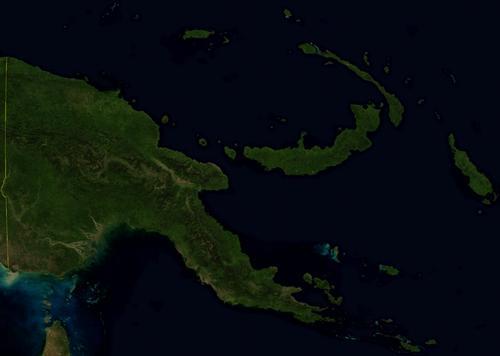 The landscape is very varied. In one place you find hills, while in other places you find vast mangroves. In the west, there is a large area of flat grassland. Inland, there are swampy plains and also some large mountain ranges such as the Central Mountains and the Owen Stanley Range. The highest point is Mount Wilhelm with an altitude of 4694 metres. 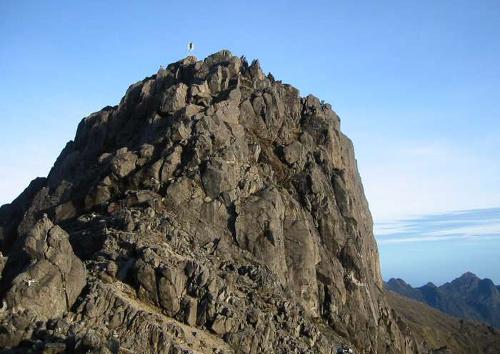 Some of the islands belonging to Papua New Guinea, such as New Britain and Bougainville, are mountainous. Many of the smaller islands are atolls: a ring-shaped coral reef that encloses a lagoon and rises from the seabed.

Papua New Guinea has a tropical climate. The climate is hot, wet and humid on the coast and especially in the low-lying areas in the interior. There is a dry season and a wet season. This means no more than that the chance of precipitation decreases or increases. From December to March is the wet season. The months of May to October are the dry season.

In the mountainous area of Papua New Guinea, you will find the most plant species on the island. High peaks and deep valleys characterise this part, which forms the backbone of the island. Most plants grow in the low-lying area. More than 9000 plant species, including more than 200 tree species, live up to an altitude of 3500 metres. Most of Papua New Guinea is forested, including tropical rainforest.

The national animals of Papua New Guinea are the raggi bird of paradise, the pig and the cowrie shell.

There are not many species and certainly not many 'unusual' animals. There are about 250 different mammals. Most of them are rats or bats. There are also kangaroos. There are, however, very diverse and also unusual species of birds. No fewer than 38 of the world's 43 spectacular bird species live here.

In 2010, scientists discovered dozens of new insects, birds, reptiles and amphibians in the Foja Mountains, including a new species of the bat genus Syconycteris, a new gecko species and a frog with a trunk.

In 2011, researchers in Papua New Guinea discovered the smallest vertebrate species in the world, a frog measuring just 7 to 8 millimetres. The dark brown mini frog is called 'Paedophryne amauensis', after the village Amau where the animal was found. The frog has hardly any toes, but relatively large eyes and is especially active in the morning and evening with shrill sounds.