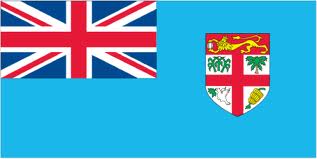 Fiji is an archipelago in Oceania in the central part of the South Pacific Ocean. Fiji is situated in the transition area from Melanesia to Polynesia. 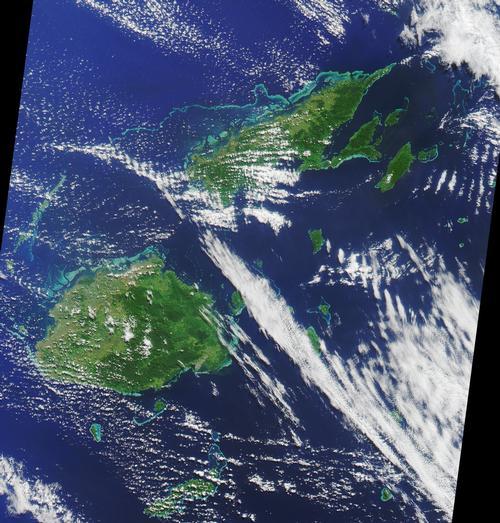 The large islands are of volcanic origin, the small ones consist of coral reefs, fossilised remains of crustaceans that have attached themselves to the rim of flooded volcanoes. The islands are very mountainous. The highest peak on Viti Levu (Great Fiji) is the plateau-surrounded Tomanivi (1324 metres); on Vanua Levu (Great Land) the peak is at 1032 metres. None of the volcanoes are active. The islands are covered with tropical forests. 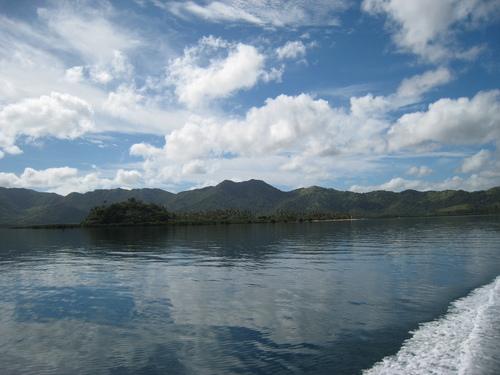 One of the characteristics of the tropical climate zone in which most of the Pacific islands are located is the fairly constant temperature. Both in Nadi on the west side of the main island of Viti Levu and in Suva on the east side, the average temperature is around 25 degrees all year round. The differences in precipitation are greater. The eastern islands receive much more rain than the western ones. Nadi receives an average of 1921 millimetres of rain per year, Suva no less than 3161 millimetres. Most precipitation falls during the months October to March, fairly dry is the period June to September. Most tropical cyclones occur between November and April (the summer season in the southern hemisphere).

Botanists estimate that there are over three thousand species, of which about one third are endemic. Some spectacular tree species, such as the dakua, have disappeared due to logging for canoes, but on the other hand, reforestation with trees that are also economically useful, such as mahogany, is being actively pursued. The coastal plains have been cultivated with coconut plantations. Of even greater economic importance were and still are the vast sugarcane fields. In both cases, these are imported and planted species. Mangrove forests are found along some lagoons. Common plants are bamboo, banyan, cacao, pine, coconut palm, mango, orchid and screw palm.

Almost all land mammals have been imported, especially by the Indians for small-scale cattle breeding and for exterminating pests that threatened the sugarcane plantations. There are also large numbers of reptiles and amphibians, including the South American striped iguana. Much more spectacular is the large and colourful bird population, which is again threatened by deforestation. As everywhere in the Pacific, the underwater world is beautiful, especially in the lagoons and in the immediate vicinity of the coral reefs. Fiji is also home to frigate birds, dogs, chickens, mongooses, parrots, sea turtles and pigs.