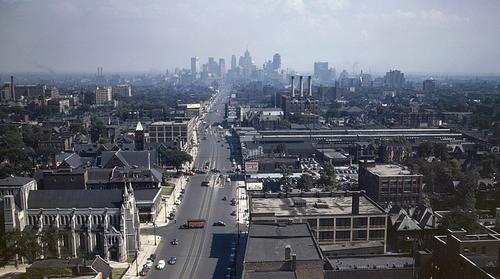 Detroit is the largest city in the state of Michigan. Located in the Midwestern United States, the city is the primary port city on the Detroit River. Detroit has become a symbol of the American auto industry. In 2010, the city had 713,777 inhabitants and was the 18th most populous city in the United States. At its peak in 1950, Detroit was the fifth largest city in the United States. But due to the decline of the industry, a large part of the population has moved to the suburbs. The Detroit metropolitan area with a population of 4,296,250 is the eleventh largest area in the US. 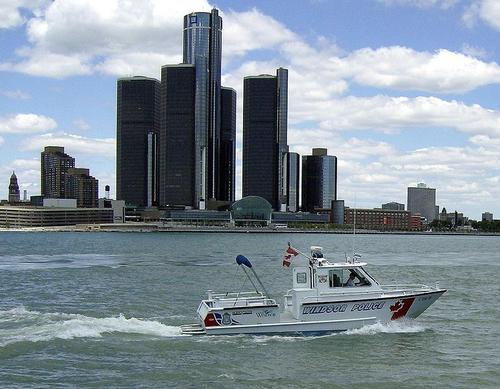 Detroit River with Downtown Detroit in the backgroundPhoto: Public Domain

Detroit's coordinates are: 42 ° 19 north latitude and 83 ° 02 west longitude. The city has a total area of 143.0 square miles. Detroit is the region's major city. Detroit is located in southeastern Michigan in Wayne County on the Detroit River. The Detroit River is part of the border between Michigan, USA (west) and Ontario, Canada (east) and is the link between Lake St. Clair and Lake Erie. The city is located at an average elevation of 183 feet, with the highest point in the University District in northwest Detroit. The lowest spots are on the river. The Detroit River International Wildlife Refuge is a unique international natural park in North America, uniquely located in the heart of a metropolitan area. The park consists of islands, coastal swamps, sandbars and water.

Detroit, like the rest of southeastern Michigan, has a humid continental climate, influenced by the Great Lakes. Winters are cold, with moderate snowfall and temperatures dropping below 17.8° C several times a year, while summers are hot with temperatures above 32.2 °C. Snowfall occurs from December to late spring with a average of 110 cm. The annual rainfall is 835 mm. 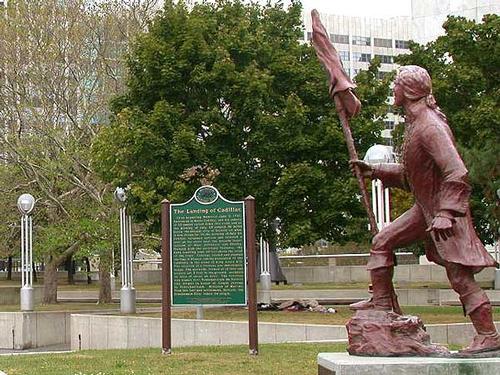 The city's name is derived from the Detroit River (French: le detroit du Lac Erie). Detroit was founded on July 24, 1701 by French explorer, adventurer and nobleman Antoine de la Mothe Cadillac, who built a riverside fort. France offered free land to attract families to live in Detroit. In 1765, 800 families lived there, and Detroit became the largest city between Montreal and New Orleans. 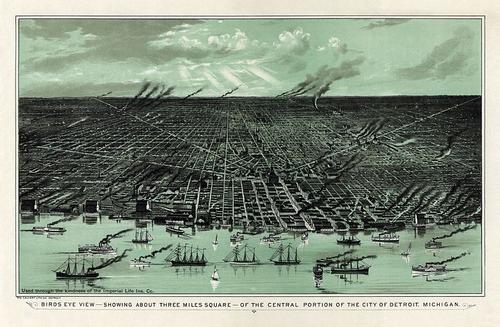 The late 19th and early 20th centuries were the golden age of architecture in the city. Many special buildings and houses were built. Detroit was referred to as the Paris of the West for its architecture and Washington Boulevard, where Thomas Edison turned on electric light. Detroit's strategic location along the Great Lakes helped develop into the region's transportation hub. The city grew steadily through the rise of shipping, shipbuilding and industry. Henry Ford founded the Ford Motor Company in 1903. Ford, along with other auto industry pioneers such as William C. Durant, the Dodge brothers, Packard, and Walter Chrysler, made Detroit the automotive capital of the world.

In the 1990s, the city spread across the Downtown, Midtown, and New Center areas. In 1993, the city's skyline along the waterfront changed. A new modern center with high towers was created. This became the hub of new developments modeled on Windsor in Ontario. In 2001, the first section of the “International Riverfront” was completed to help celebrate the city's 300th anniversary. In the years that followed, parks and fountains were built along the water, making the city more beautiful and attractive to both its residents and visitors. Detroit Guardian BuildingPhoto: Mikerussell at the English Wikipedia CC 3.0 no changes made

Much has been done to transform Detroit into a modern and attractive city. Detroit displays a range of architectural styles along the waterfront. You can admire the post modern neo-gothic towers of the new Detroit Center. This Center was built in 1993 and is designed to match the city's Art Deco skyscrapers. Examples of the Art Deco style are Guardian Building, Penobscot Building, Fisher Building and Cadillac Place in the new center. Other leading buildings include the largest Fox Theater in the US, the Detroit Opera House and the Detroit Institute of Arts. 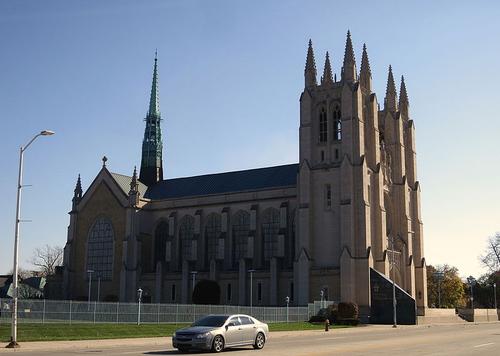 While the city center and the New Center mainly feature tall buildings, the majority of the surrounding city consists of low-rise and detached single-family houses. The historic neighborhoods are mainly found in Palmer Woods, Sherwood Forest and the University District. The city has many American late 19th and early 20th century buildings. There are a number of architecturally significant churches and cathedrals including St. Joseph's, St. Mary's and the Cathedral of the Most Blessed Sacrament.

Many of the leading museums are located in the historic cultural center near Wayne State University and the College for Creative Studies. These museums include: The Detroit Institute of Arts, the Detroit Historical Museum, the Charles H. Wright Museum of African American History. 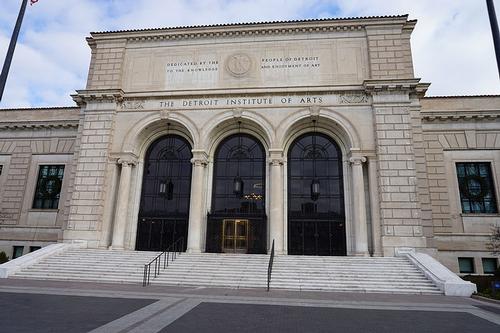 Detroit Institute of ArtsPhoto: Michael Barera CC 4.0 no changes made

The Detroit Institute of Arts is a wonderful example of architecture, dating from the period 1921-1927, and it contains an interesting collection of artwork. It is the fifth largest museum in the United States and houses more than 65,000 works of art, including some masterpieces by world-renowned artists. The collection is very wide and covers ancient Egypt and old masters such as Jan van Eyck, Pieter Breughel and Rembrandt, but also a lot of 19th and 20th century art. Highlights include works by Cezanne, Van Gogh, Rodin, Matisse. Gauguin, Degas, Brancusi, Picasso and Kandinsky. Of course there is also attention for American art, Georgia O'Keeffe and Andy Warhol are among the best known names.

The city's long and versatile history is explored at the Detroit Historical Museum. This excellent museum is located in the heart of the center of the district. Numerous exhibits trace the city's past from the time its founder, Antoine de la Mothe, landed on the banks of the Detroit River. Highlights at the Historical Museum include exhibits on the role of the 'underground railroad' through which slaves escaped from the south and important developments in the city, such as cars, jazz, motown and techno. 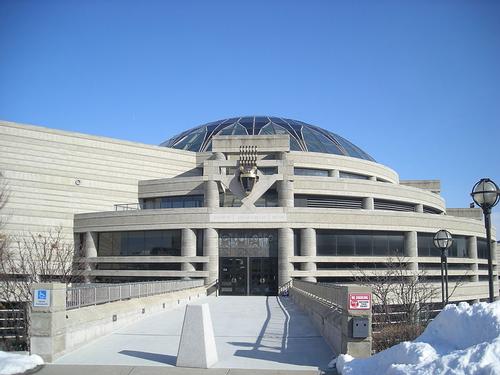 The Charles H. Wright Museum of African American History is especially notable and famous for highlighting more than six centuries of ethnic history. The museum is housed in a colossal building within the city's cultural center. The collections of the permanent exhibitions are supplemented by ever-changing displays, with information on current issues such as civil rights. 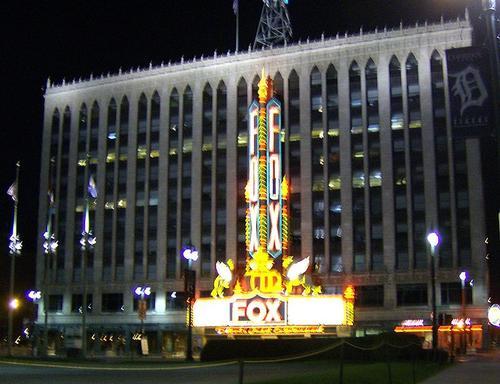 The Detroit Theater District is the second largest in the US. All Broadway shows can be seen here. You can often get tickets to shows here much more easily than in New York. The major theaters include the Fox Theater, the Music Hall, the Gem Theater, the Masonic Temple Theater, the Detroit Opera House, the Fisher Theater, Fillmore Detroit, St. Andrews Hall, the Majestic Theater and Orchest Hall, where the famed Detroit Symphony Orchestra plays. 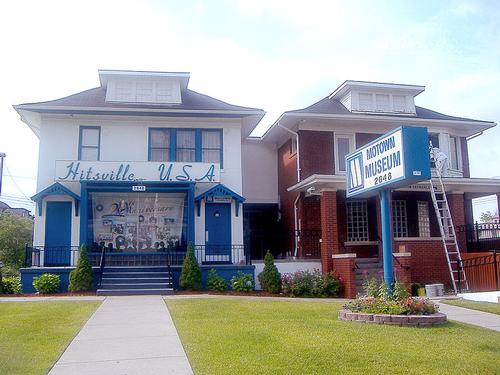 The Motown Historical Museum contains an abundance of memorabilia from stars such as the Supremes, The Temptations, Stevie Wonder and the Jackson 5, who recorded their records here in the 1960s. You can take a tour of the modest buildings where the Motown sound originated, a sensory mini-revolution that changed the American music industry. 'Hitsville USA', as the recording studio was called, still has the authentic control room.