Ankara is the capital of Turkey and is located on the country's Anatolian Plateau. It is not the largest city in Turkey, because that is Istanbul. The city is certainly very suitable for Turkey travel. The city is not only the capital of the country, but also of the province of Ankara. Ankara has been chosen as the capital of Turkey because the city has a more central location within the country. Ankara is the economic and administrative center of Turkey. Ankara is also the forerunner of all Turkish cities when it comes to modern architecture. Ankara has about 4 million inhabitants. 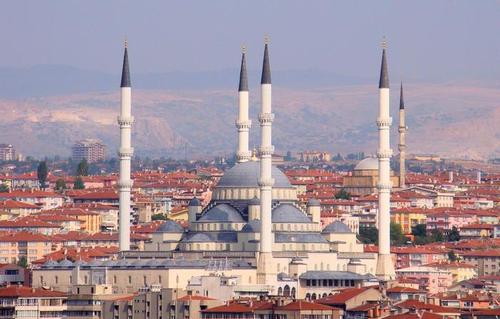 Ankara is located in the center of Turkey and has a continental climate (continental climate). This means that the winters are chilly, but it can get very hot in Ankara in the summer. There is little rainfall all year round; in total, this comes down to about 300 millimeters on average. In winter there is sometimes snow in Ankara and it often stays for a few days to weeks. Below you will find the average temperature in Ankara per month.

Ankara is more than three thousand years old and part of the old city center has been preserved. The city has been in the hands of the Greeks, Romans, Byzantines, among others, before Ankara came under Ottoman (Turkish) rule. A final era in Ankara's history began in 1920, when Atatürk chose this city as the center of his struggle for independence. From a quiet outpost at the time, Ankara quickly grew into a major city in the years following Atatürk's victory. Towards the end of 1923 Ankara became the new capital and the city developed on the European model.

In the old city in the north of Ankara you can get acquainted with the rich Turkish culture and traditional architecture. Old Ankara consists of a citadel surrounded by an authentic Ottoman city. In the old part of Ankara you can find many attractions such as the Column of Julianus and the Temple of Augustus. In the new city around the old hill castle you will find many modern buildings and extensive parks. This makes Ankara a unique combination of old and new. For a complete overview of the history of Turkey see the history page of Landenweb.

There are many attractions in Ankara, some of the most important are described below. 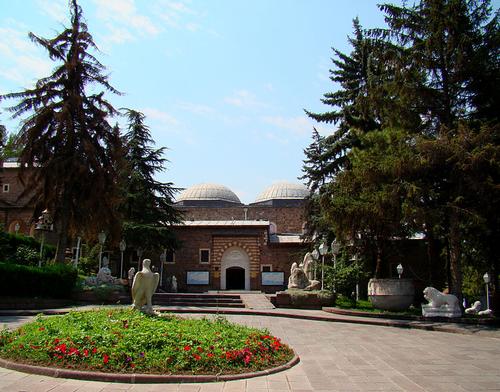 Ankara's biggest crowd puller is the Museum of Anatolian Civilizations. Only the building in which the museum is located can already be called a gem. It is an old bazaar built between 1464 and 1471 under the leadership of Sultan Mehmet II. In the museum you can find art from the Stone Age, the Bronze Age, the time of the Hittites and many more periods in history. 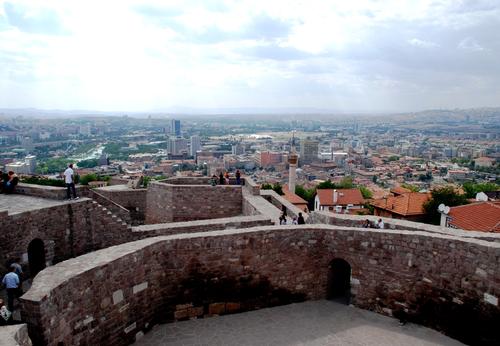 Citadel (Hisar) of AnkaraPhoto: Elelicht CC 3.0 Unported no changes made

The citadel is Roman in origin and is located in one of the oldest areas of Ankara. The Byzantines and Seljuks also made their mark on the structure, and the whole area has winding streets and old buildings that have been restored and converted into restaurants and cafes. 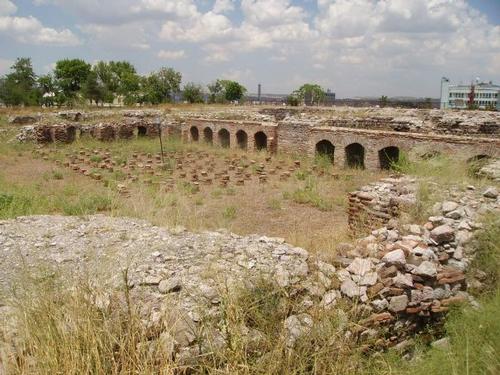 Roman Baths of AnkaraPhoto: Mutt CC 3.0 Unported no changes made

Located on Cankiri Caddesi, just north of Ulus Meydani, are the Roman baths dating back to the 3rd century AD. The baths are well preserved. You can clearly see the heating system for the baths, as well as the dressing room (apoditerium), the hot room (caldarium), the warm room (tepidarium) and the cold room (frigidarium). 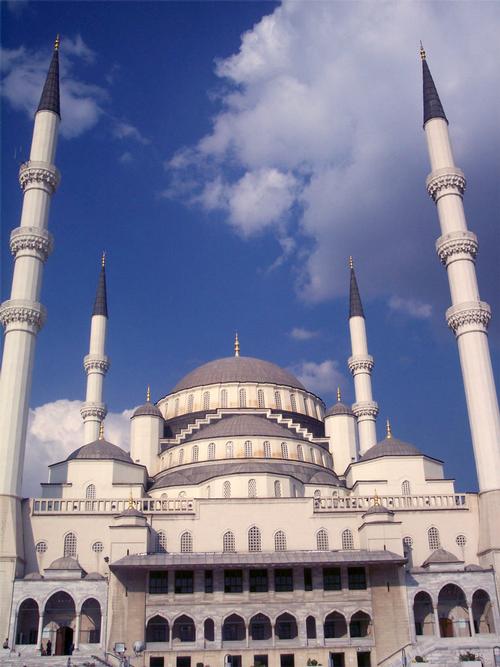 In Ankara you should definitely visit one of the many mosques. For example, go to the oldest mosque in the Turkish capital; the Arslanhane Carnii Mosque. The mosque was built in the 13th century. It is a beautifully decorated mosque including mosaics and walnut. Ankara's newest and largest (Kocatepe) mosque occupies an impressive position on a hill. The mosque was built in the Ottoman style in 1987 and features stained glass windows, marble and gold leaf decor. The mosque has an enormous crystal chandelier. The Atatürk Mausoleum in the Atatürk Museum is also worth a visit. It is the largest and most impressive modern building in Turkey. Built in 1944, this complex commemorates Ataturk, the founder of modern Turkey. Atatürk's mausoleum has an enormous mosaic in the courtyard and an exceptionally beautiful gold leaf-lined interior. 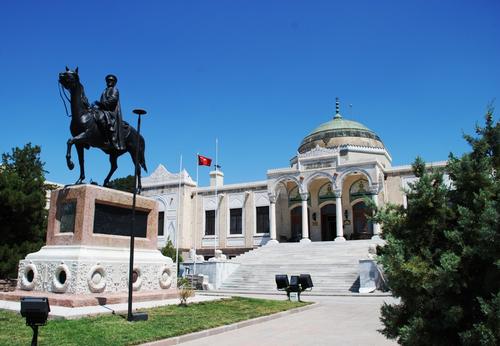 Ethnographic Museum in AnkaraPhoto: Elelicht CC 3.0 Unported no changes made

The Ethnographic Museum pays tribute to Atatürk, with pictures of his burial on the walls and beautiful collections of porcelain, embroidery and woodwork. The building consists of Ataturk's former offices and is located just south of Ulus. The building itself is very attractive and has a post-Ottoman structure with a lot of marble. 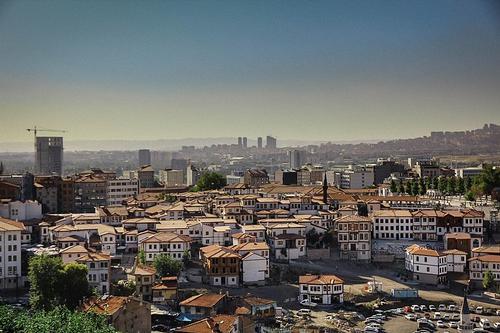 Modern shopping centers can be found in the Kizilay district. The Karum shopping center is located on Tulani Himli Avenue. You will find many shops here. For old shops you have to be in the ÇikrikÇilar Yokusu in the Ulus district. Bakircilar Çarsisi is a street with many copper workers. In addition to copper work, you will also find jewelry, carpets, antiques and silver. There are also interesting shops against the hill of the Citadel, at the old city gate. Here the specialty is spices, dried tropical fruits and nuts.

Ankara's nightlife is less spectacular than Istanbul's. Ankara's nightlife mainly takes place in bars and nightclubs. In general, the bars are more affordable than the night clubs. If you are looking for live music and the club circuit, there are options in the Cebeci area. In this district there are many young people and students.