San Marino City or Città di San Marino, is the capital of the enclave of San Marino on Italian territory. It is a high-altitude city with a special aura. San Marino City is one of the oldest cities in Europe and there are rare historical sights to be found there. 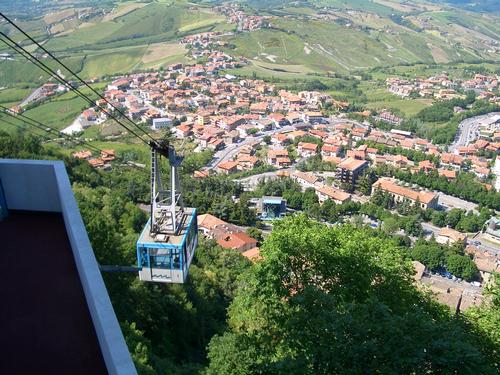 San Marino City has 4,493 inhabitants and an area of 7.09 km2. Città di San Marino is situated at an altitude of 749 metres on Mount Titano, making it the highest city in the enclave. It is not the largest city in the state. The cities of Dogana and Borgo Maggiore are larger. San Marino City is bordered by the municipalities of Acquaviva, Borgo Maggiore, Fiorentino, Chiesanuova and the Italian town of San Leo and is not far from the famous tourist resort of Rimini.

San Marino City was founded in the year 301 AD. St Marino founded a city there with a group of Christian refugees. The city soon became a destination for other Christians fleeing the Romans. This makes the city one of the oldest cities in Europe.

In the centre of the city, there used to be three towers that had to protect Città di San Marino from outside calamities. These towers were known as impenetrable. Due to crusades in the 13th century, the need for a second tower arose and the Cesta was built. With the construction of the third tower, the Montale, in the 14th century, the defences of San Marino city were truly watertight.

As the population of San Marino City grew, so did its surface area. This was only done by land purchases and treaties and not by warfare or other means of pressure. 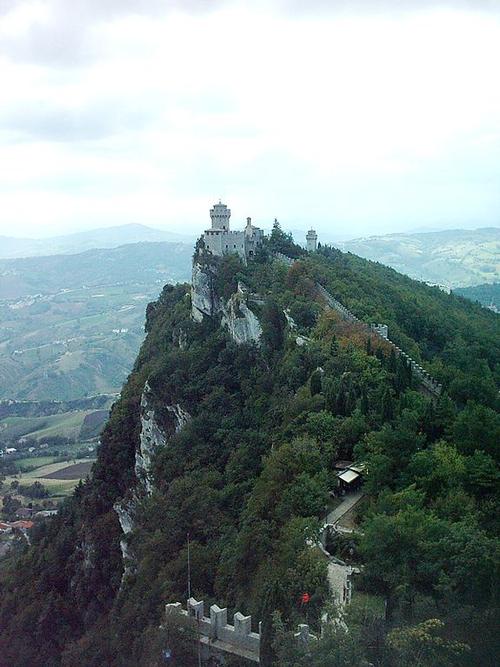 The second tower of San Marino CityPhoto: Radomil CC 3.0 Generisk no changes made

The three towers of Città di San Marino are of particular historical value. The first tower, the Prima Torre, dates back to the Middle Ages, to the 10th century to be precise. The tower has a pentagonal base and was built directly on Monte Titano without a foundation. It is therefore not surprising that the tower has been rebuilt several times. Until 1970, some parts of the tower served as a prison. The second tower is the highest of the three, at 756 metres. The tower was built in the 13th century and has a pentagonal construction. The 'Seconda Torre' served as the guards' headquarters. Nowadays, it houses a Military Museum where all kinds of old weapons are exhibited. The third tower dates from the 13th century. It is the smallest of the towers, but the one with the most important strategic position. In the eight metre deep cellar of the tower, a prison can be found. 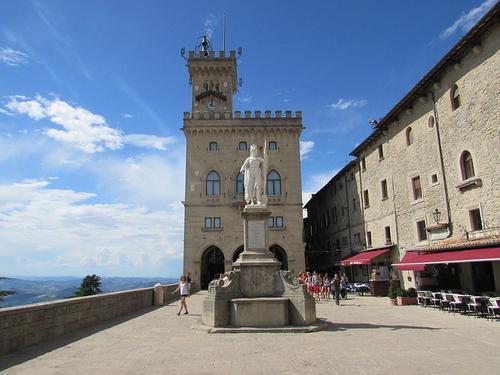 The 'Palazzo Pubblico San Marino' is the centre of the political life of the dwarf state. The government building stands on the so-called 'Pianello', the square of freedom. The beautiful building was designed by the Roman architect Francesco Azzurri, president of dell'Accademia di San Luca a Roma and was built between 1884 and 1894. The palace is partly built with stones from the quarry of Monte Titan. The facade of the building is richly decorated with various symbols and icons. Inside, the walls of the palace are hung with trophies, inscriptions, weapons, jewellery and busts of celebrities from San Marino's history. 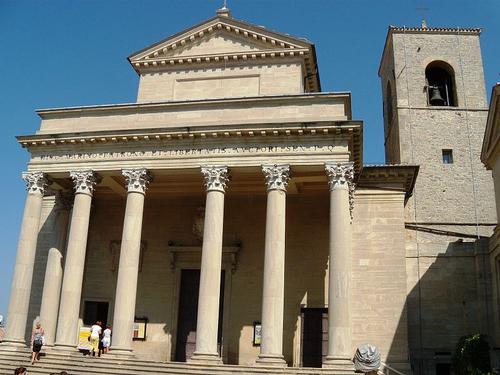 Basilica of San MarinoPhoto: Adam91 CC 3.0 Unported no changes made

The Basilica of San Marino dates back to 1836 and stands in the old town centre. The church was built in Neoclassical style on the remains of an old church from the 7th century. Characteristic of the basilica are the eye-catching columns.

The Palazzo Pergami Belluzziis houses the National Museum of San Marino. Opened in 2001, the museum shows the history of the republic. The collection includes archaeological finds from all times and local paintings.

If you like survivals, San Marino Adventures is a nice day out. This park is located in a special ecological environment and attracts 30,000 visitors per year. There are 14 different routes with pulleys, cableways, footbridges, rope bridges, ladders and so on.