Manila is the capital of the Philippines. It is one of sixteen cities (along with the municipality of Pateros) that comprise metropolitan Manila. According to the 2010 census, the population is 1,652,171, and 11,855,975 inhabitants live in the entire metropolitan area. 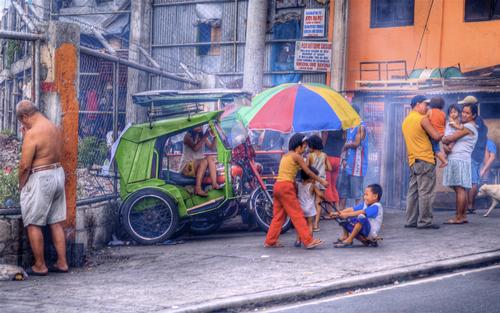 Manila is a city of many scientific and educational institutions, numerous sports facilities and important cultural attractions. It is a city of commerce, finance, arts, tourism, education, entertainment and transportation. Manila is the political, economic, cultural and educational center of the Philippines and a city with a long and rich history.

ManilaPhoto:Mike Gonzalez CC 3.0 no changes made

Manila is located on the eastern shore of Manila Bay. The city is divided into sixteen geographic districts. The capital has an area of 38.55 km². The metropolitan area covers 638.55 km². The highest point is 16 meters above sea level. The city is located 1,300 km from the mainland. It was built on the prehistoric alluvial deposits of the Pasig River that flows through the city. The city stretches along the water.

Manila has characteristics of a tropical dry savanna climate and a tropical monsoon climate. Manila is entirely within the tropical belt. Due to the proximity to the equator, the temperature hardly fluctuates, it is seldom lower than 20°C or higher than 38°C. Due to the high humidity level it seems to be a lot warmer than it actually is. The dry season is from the end of December to the end of April.

The other part of the year is the wet, rainy season. The typhoon season is responsible for the flooding in some parts of the city and lasts from June to September.

The history of Manila goes back a thousand years, when the Tondo peoples held sway. By the end of the 15th century, the city was a fortified Muslim trading post built on the remains of many earlier cities and ruled by the Sultanate of Brunei. For a short time in the 14th century, the sparsely inhabited area was a province of the Indonesian Hindu Majapahit Empire. 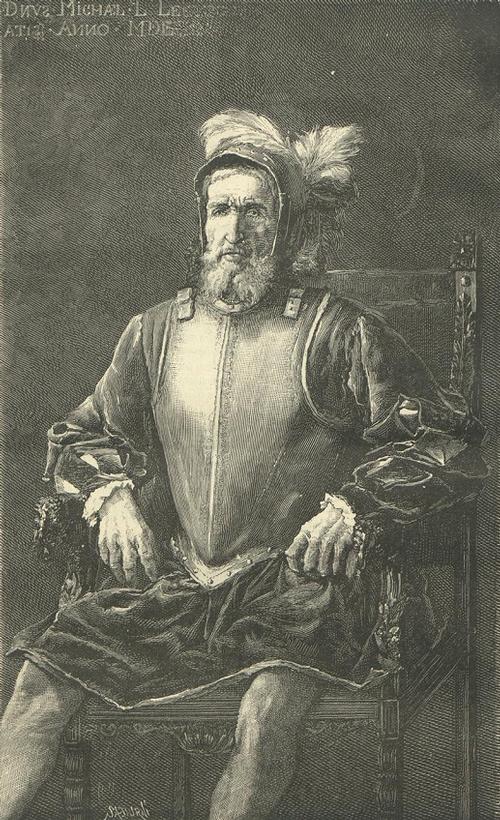 In 1571, the Spanish conquistador Miguel Lopez de Legazpi founded the city. Manila remained the capital of the Philippines, which was under Spanish rule for the next three centuries. Only the city was occupied by the British between 1762 and 1764. The city remained the capital of the Philippines and was ruled by the British governor. 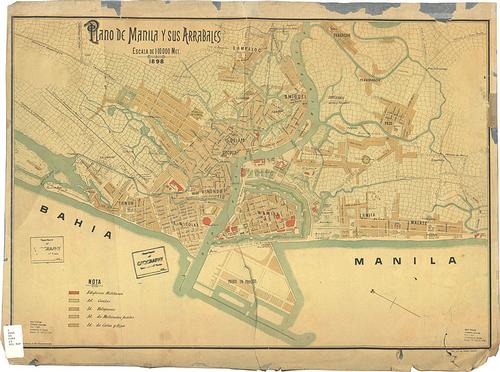 From 1898 Manila came into the hands of the Americans. American colonization introduced English and reformed the education system. Various democratic processes were strengthened, modern roads and bridges provided an improved infrastructure. In the early 20th century, Manila was known as "the Pearl of the Orient". 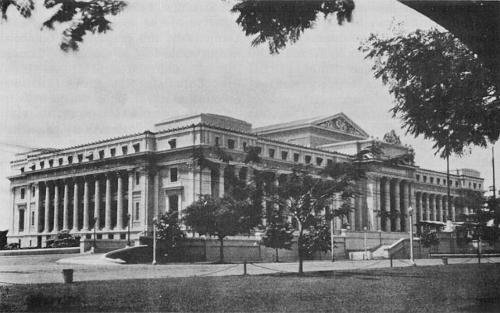 During the Second World War Manila was occupied by the Japanese and liberated by the Americans in 1945. Since 1946, Manila has been the capital of the independent state of the Philippines. But as with many newly independent countries, the country soon fell into the hands of a notorious dictator, in this case Ferdinand Marcos, who ruled Manila with an iron fist for 21 years, until a popular uprising forced him to leave in 1986.

Today Manila is a somewhat schizophrenic city. You see gigantic shopping centers, next to slums and the beautifully restored Intramuros district. This is the city's only remaining historic district. 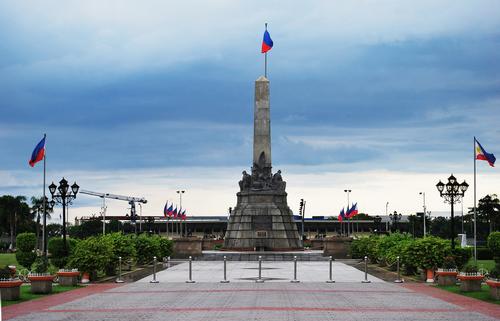 Manila is a scenic city with many notable attractions, such as Rizal Park and the historic Intramuros. Rizal Park is a large park of 140 hectares. It was created in memory of the country's national hero Jose Rizal. Attractions in the Rizal Park include the Chinese and Japanese Gardens, the National Museum of the Philippines, the National Library of the Philippines, the Planetarium, and the Orchid and Butterfly Gardens. 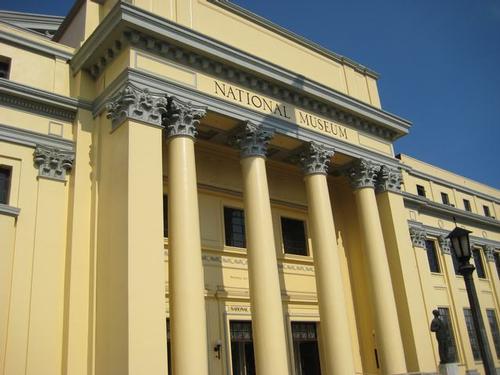 The National Museum of the Philippines dates back to 1901 when it was founded as a museum of ethnology, natural history and trade. The museum houses an extensive collection of artifacts related to the history of the city of Manila and the Philippines as a whole. Highlights include the skull of the 'Tabon Man'. That is the oldest human skeleton found in the archipelago. 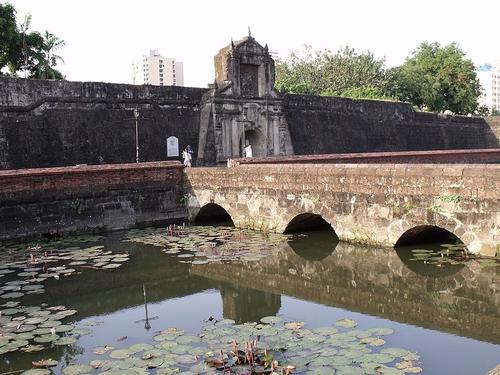 Fort Santiago is an interesting monument dating back to 1571. The building served as a prison and is because quite a few Filipino heroes, including freedom fighters from the Second World War, were trapped here. Today the fort is an amusement park and it has its own theater company. 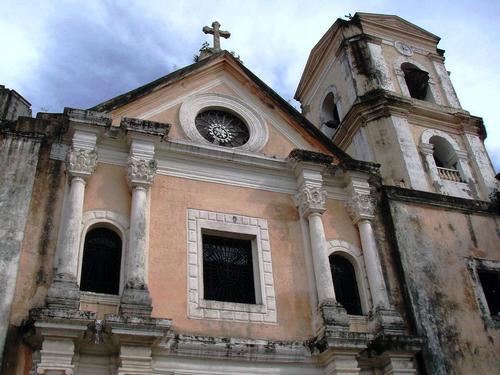 The oldest church in the Philippines dates back to 1606 and is one of the most notable attractions in the Intramuros district. The Church of San Agustin is remarkably well preserved and remained completely unharmed during the period of the Japanese occupation. The adjacent museum is home to the Philippines' most impressive collection of colonial religious art. 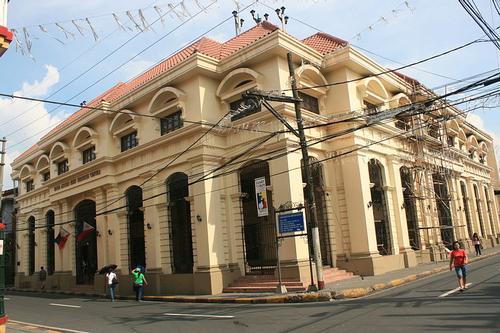 Bahat Tsinoy in ManilaPhoto: PhotoPhilia CC 3.0 Unported no changes made

Manila has a number of notable museums. The Bahay Tsinoy is one of Manila's most distinguished museums and is mainly dedicated to the Chinese and their contribution to the history of the city and the entire country. The Intramuros Light and Sound Museum is also very attractive. The Manila Municipal Museum exhibits Filipino art and culture. The Manila Ocean Park, with a wide variety of marine life, is particularly attractive.

Manila has become one of the best shopping areas of any destination in Asia. The large shopping centers are on the outskirts of the city, the local and traditional markets and bazaars are spread all over the city. The Divisoria market in the district of San Nicolas is a lively sight not to be missed. This huge open-air market sells everything imaginable, attracting large numbers of customers, creating a somewhat chaotic, yet bustling atmosphere. The prices of the merchandise are very reasonable and if you negotiate well are quite attractive. 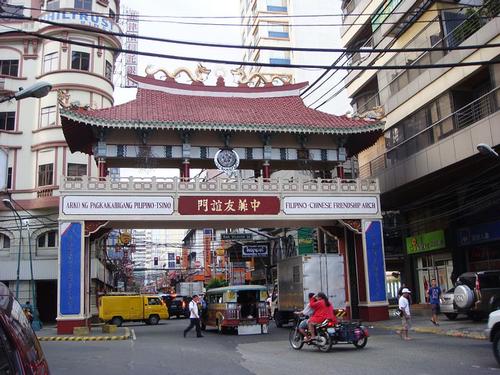 Ermita and Malate and Intramuros are the areas known for nightlife and entertainment. China town in Binondo district is also interesting for tourists. These areas offer a wide variety of hotels, restaurants, clubs, bars, cafes, art galleries and antique shops, as well as nightclubs and casinos.