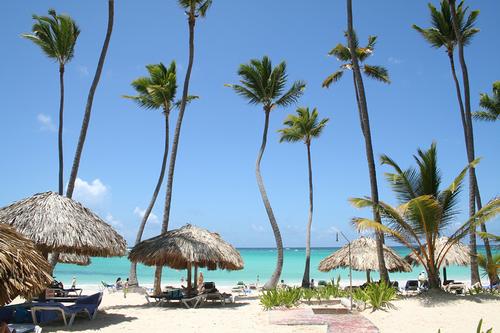 Punta Cana is one of the most touristic regions of the Dominican Republic. The small airport handles about four million tourists a year. The majority of these come from the United States, Canada and Europe. Since 1969, tourism has taken off in the south-eastern region. White sandy beaches, tropical temperatures and beautiful resorts make a holiday in Punta Cana a must. 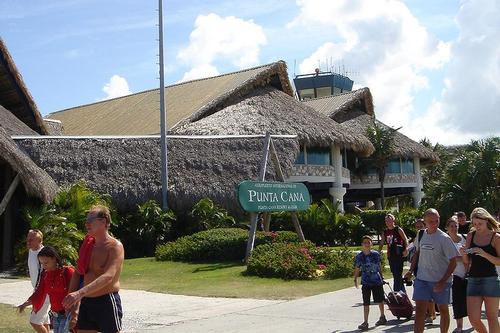 Punta Cana is located in the south-east of the Dominican Republic. The pleasant tourist town is located directly on the Caribbean coast. The vast majority of resorts are located along the town's long coastline. Just above the town is the Bavaro tourist centre. The Del Este National Park is located in the vicinity. A little further from the city is the beautiful island of Isla de Mona. The airport is just a few kilometres outside of town.

There is a tropical climate in Punta Cana. This means plenty of sunshine and many short, heavy showers. The average maximum temperature is around 30 degrees all year round. The sun shines about eight hours a day. With an average seawater temperature of in the back of 20 degrees, you can swim all year round. 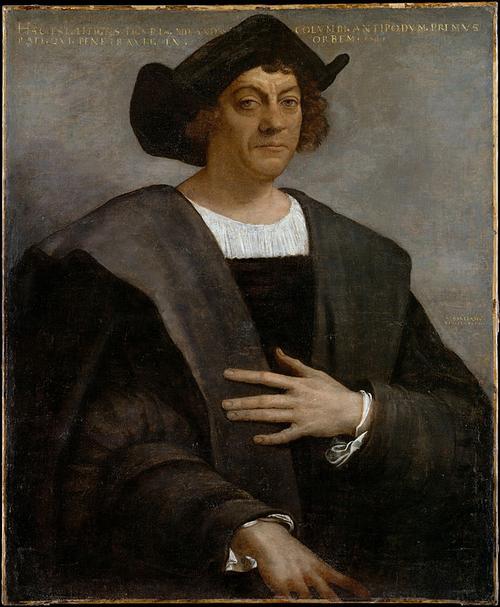 Like the entire Dominican Republic, Punta Cana was discovered on 5 December 1492 by Christopher Columbus. At that time, the country was inhabited by some six hundred thousand Taino Indians. Initially, the meeting between the two parties was peaceful. When resources were discovered on the island, the Indians were soon enslaved. In 1515, the mines were fairly exhausted and many of the Spaniards left for newly discovered Mexico. Only a small Spanish colony remained behind and kept itself alive by selling food and leather to the Spanish. In the 1970s, Punta Cana was rediscovered, but through tourism.

The beautiful white beaches and rich nature make Punta Cana special. A coastal strip of no less than fifty kilometres surprises you every day with a magnificent stretch of undiscovered beach. Just fifteen minutes from the airport is the Punta Cana Ecological Reserve. Walking through the jungle, you will see rich tropical vegetation. Apart from the rich nature, the beautiful beaches are a sight to behold. Golf course lovers will also have a great time here. Some of Punta Cana's luxury resorts are also worth a look.

Pay a visit to Manati Zoo. The park is permanently home to various species of birds, reptiles and fish. Dolphin, horse and parrot shows are also held every day. Would you rather swim with dolphins yourself? Then a visit to Dolphin Island is a must. 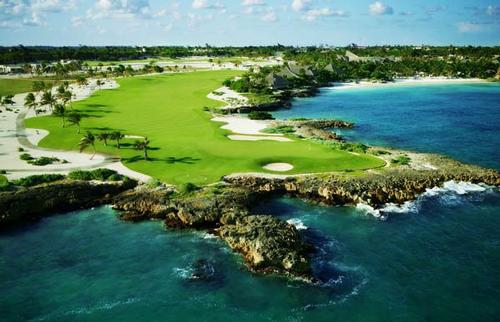 Punta Cana boasts some of the finest golf courses in the Dominican Republic. In particular, the Punta Espada Golf Course and the La Cana Golf Course are highly regarded. Both meet all the standards of the International Golf Federation (IGF).