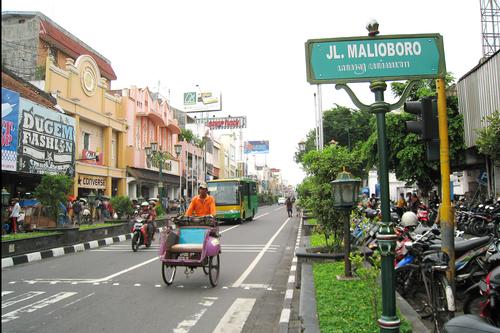 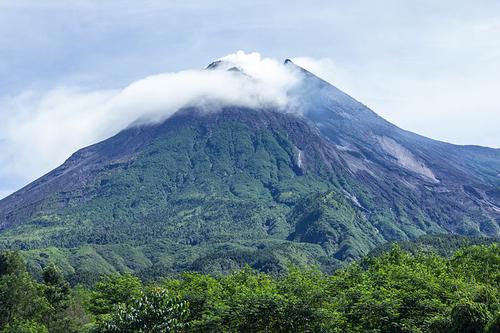 Merapi Volcano in YogyakartaPhoto: Crisco 1492 CC 3.0 no changes made

Yogyakarta is located at 7 degrees 47 South latitude and 22 degrees 110 East longitude. To the north you will find the slopes of Merapi, a very active volcano and to the south of the city are the Indian Ocean and the province of central Java. Yogyakarta has an area of 32.5 square kilometers. The city is home to 511,744 people. In the center of Yogyakarta is the kraton, the palace of the Sultan.

The climate of Yogyakarta and Indonesia as a whole is generally tropical. Yogyakarta has high temperatures and two seasons. Between May and September the weather in Yogyakarta is sunny and dry, this season is the 'dry season'. The rest of the year from October to April, the climate of Yogyakarta is influenced by the monsoons, this is the 'wet season' with monthly rainfall levels peaking at over 600 mm. December, January, February and March are tropical storm months. But after the abundant rain and downpours, the sun is never far away.

The Kingdom of Yogyakarta was officially established on October 7, 1756 as a result of a civil war within the Kingdom of Mataram. In the early 18th century, Pakubuwono II ruled the Muslim Mataram Kingdom. After his death, there was a conflict between his son and his brother, encouraged by the Dutch who tried to colonize the region on a 'divide and conquer' basis. The kingdom was divided into two regions, the Surakarta Hadiningrat kingdom under the rule of Soenan Pakubuwono III, and the Nyayogyakarta Hadiningrat kingdom under Sultan Hamengku Buwono I. He was the founder of the current line of the Sultans who still live in the kraton and a play important role in Javanese culture. The second kingdom is now better known as Yogyakarta.

After the independence of the Republic of Indonesia, Sri Sultan Hamengkubuwono IX and Sri Pakoe Alam VIII declared that their regions belonged to the Republic of Indonesia. Since then, the region has been known as the Yogyakarta Special Region and the region received provincial status in 1950 in recognition of its significant contribution to the struggle for independence.

Yogyakarta has beautiful tourist sites that attract many tourists. 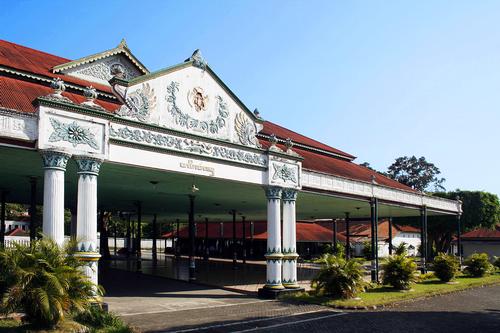 The kraton is located in the heart of the historical old city of Yogyakarta and is the palace of the sultans. The kraton is a small walled city. The complex dates back to the mid-18th century and has its own market, shops, businesses, schools and even a number of mosques. In the center of the kraton is the Golden Pavilion (Bangsal Kencana). The pavilion has a beautiful roof with many details and a number of large teak columns. Other interesting things include the separate entrances for men and women. There are regular gamelan orchestras and shadow puppet shows. 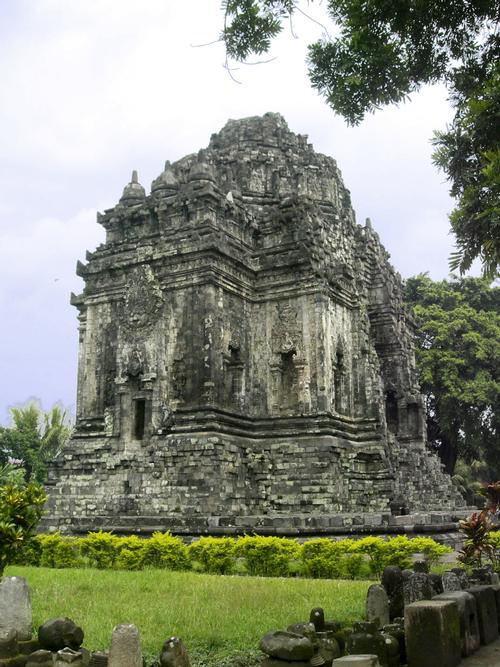 Yogyakarta is a city with many historical monuments and ancient temples (Candis). Most of these archaeological structures date from the period between the 7th century and the 9th century. Most of the walls of the Candis are decorated with carvings and sculptures, often with religious scenes. The underground Candi Sambisari is very special, the Candi Kalasan is also very remarkable. Very close to the Candi Kalasan you will find the Candi Sari, a dormitory for Buddhist monks. 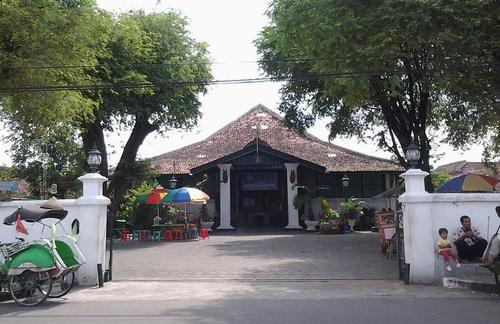 There are many monuments, memorials and museums dedicated to Yogyakarta's history. Often with material about Dutch heritage and the role of the city during the War of Independence. Next to the entrance to the sultan's palace is the Museum Karetta Kratoni. This museum has a collection of carriages and wagons. In all, 23 different cars are on display, all of which are very extravagant in their design, with plush seats and no expense has been spared. Some of the carriages were used for horse racing and simple daily transport. Most of them come from Amsterdam and other parts of the Netherlands. The Kareta Garuda Yeksa is one of the most famous carriages and is known as the 'Golden Coach' because will features a small 18-karat gold statue of Garuda (a mythical bird-like creature of Buddhist mythology). 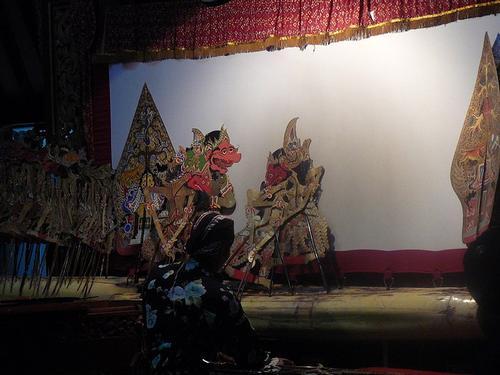 Not far from there is the Sono Budoyo museum with information about Javanese history. You will find traditional 'wayang kulit' dolls and batik textiles. This is truly the cream of the crop among museums, and visitors here will see a diverse array of Indonesian artifacts and archaeological remains. There is also a collection of Hindu sculptures from all over Indonesia and beyond. 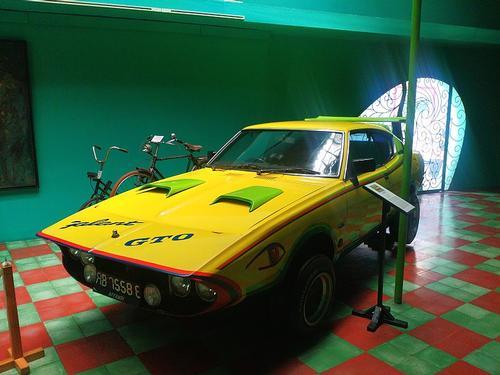 In the Affandi Museum you can see the most beautiful Indonesian art in Yogyakarta. One of Indonesia's most famous international artists, Affandi (1907-1990) was born in the city of Cirebon in West Java and had strong ties to Yogyakarta. Affandi created many of his most acclaimed expressionist paintings in his unique tree-house studio, 6 km north of the actual city center. Today the Affandi Museum stands in his former home. In this cultural attraction, more than 200 of his paintings are on display, as well as a number of additional works of art created by his daughter. Interestingly, Affandi is buried here in the backyard. 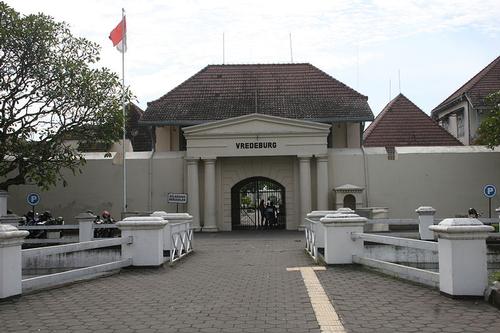 Benteng Vredenburg in YogyakartaPhoto: Pras CC 3.0 Unported no changes made

Benteng Vredenburg is a Dutch fort that was built in the 1760s to protect the Dutch rulers from the sultan's attacks. The Benteng Vredeburg is still surrounded by a moat. The fort is rectangular in shape and has bastions on each of the corners. From Benteng Vredeburg you have a beautiful view of the president's palace and other sights. 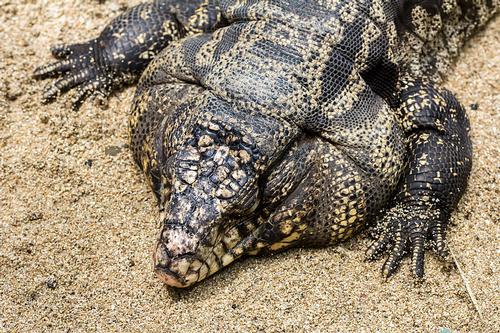 Gembira Loka Zoo in YogyakartaPhoto: Crisco 1492 CC 4.0 no changes made

The Gembira Loka Zoo is located on the south side of the city and has become famous for its Sumatran elephants, Orangutans and Asian tigers. It is a favorite outing for families. Very special is the breeding for Komodo Monitor Lizards, which is unique in the whole world and set up to save the animal species from extinction.

The Borobudur is by far Indonesia's most famous attraction and is close to Yogyakarta. The Borobudur is a Buddhist stupa and temple complex in Central Java and dates back to the 8th century. The Borobudur has the status of a UNESCO World Heritage Site. It is the largest Buddhist building in the world and everyone will be amazed by the scale of the temple and the remarkable attention to detail of the structure. Also its location in the heart of the Kedu plain, with mighty active volcanoes all around, adds to the sensational feeling that overwhelms most visitors. 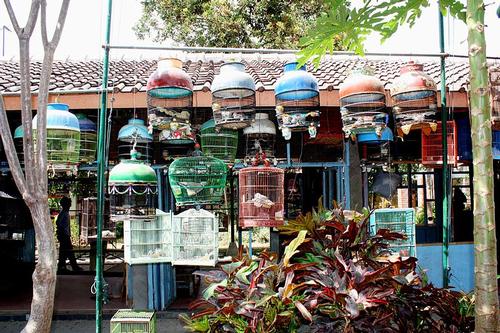 Take a walk around the busy bird market, better known by the local Indonesians as the Pasar Ngasem. This colorful and noisy menagerie has a mix of exotic birds such as parakeets and songbirds, as well as chickens, turtledoves and a huge amount of pigeons. There are also other creatures sold in this unusual market, including reptiles and small stuffed animals.