Tbilisi is derived from the old Georgian word T'pilisi referring to the city's sulphurous hot springs. Until 1936 the city was called Tiflis and some Georgians still call it that. Tbilisi has a turbulent Soviet history and there are several historical buildings to be found. 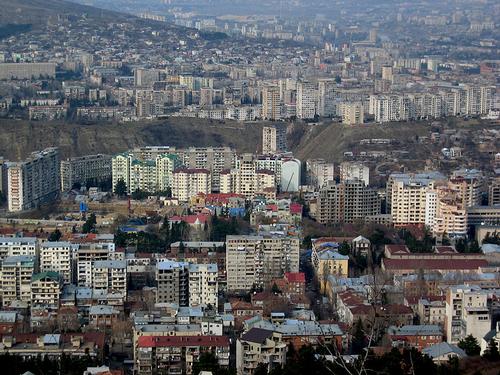 Tbilisi is the capital of Georgia and is located in the east of the country. The city lies on the River Kura (Mtkvari in Georgian). Tbilisi has about 1.4 million inhabitants in an area of 350 km². The city is located 500 metres above sea level in the South Caucasus.

Tbilisi has a warm maritime climate. In general, there is little precipitation in the city. The wettest season is the spring with an average of 84 millimetres of precipitation. The winter is the driest. The lowest temperature ever recorded in Tbilisi was -24 degrees, but a heat record of 19.5 degrees was also set in January. In the winter months the temperature in Tbilisi is usually between -3 and 6 degrees and in the summer between 18 and 30 degrees. 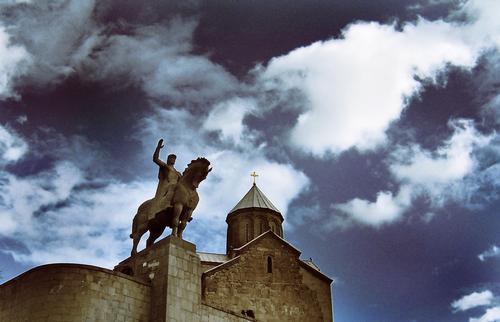 Statue of King Vachtang I GorgasaliPhoto: Mikheil Samkharadze CC 2.0 Generic no changes made

Archaeological excavations have revealed that around the 3rd century AD there were already settlements where Tbilisi is today. In the 5th century, a city was officially founded by King Vachtang I Gorgasali. By the 6th century, Tbilisi had become an important trading centre and the cultural and political centre of the country.

In 627, Tbilisi was sacked for the first time. The Byzantines and the Khazars raided the Georgian capital and not for the last time in history. At the end of the 7th century, the Arabs took the city and it was not until the 12th century that this occupation ended. During this domination, the city grew into the centre of the Caucasus.

In the 13th century, the Mongols took Tbilisi and ruled for over a century. It was not until the 1930s that the city stood on its own feet again, but it was short-lived. Between the 15th and 17th centuries, Tbilisi was invaded several times by Persia and the Ottomans. In the 18th century, Tbilisi came under Russian rule and the city grew considerably.

The natural hot sulphur springs, from which Tbilisi got its name, are very special. Around the springs are several bath houses that are still in use. The springs have a constant temperature of between 38 and 40 degrees. The water is said to have a healing effect because of the temperature, the sulphur and the minerals. It is said to relieve or even cure all kinds of ailments, including psoriasis, rheumatism and eczema. 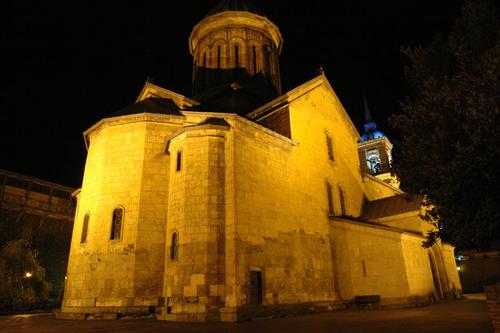 There are many special historical buildings in Tbilisi, including the Sioniki Cathedral in the historic Kala district. The church is said to date from the 7th century, but it is assumed that in centuries past there were also churches on the site. The first church is said to have been built under King Vachtang I Gorgasali in the 5th century. After the 7th century, the cathedral was destroyed and rebuilt several times. The architectural style of the Sioniki Cathedral is quite restrained. The reliefs include a lion and the Archangel. The northern tower was built by Alexander I. The second tower on the north-western side has classicist features and was built in 1812. All this makes the Sioniki Cathedral a special fusion of different times and building styles.

The Georgian Museum of Fine Arts displays works by the famous Georgian painter Pirosmani as well as other Georgian painters and European and Persian art. The S. Janashia Museum is located nearby. It shows prehistoric human bones from Dmanisi, dating back 1.8 million years. You will also find a collection of finely crafted gold objects from the third millennium BC. The Historical Museum of Tbilisi is housed in a former caravanserai, an overnight stop for caravans travelling along the Silk Road. This museum provides information about Tbilisi's history as a busy trading city. 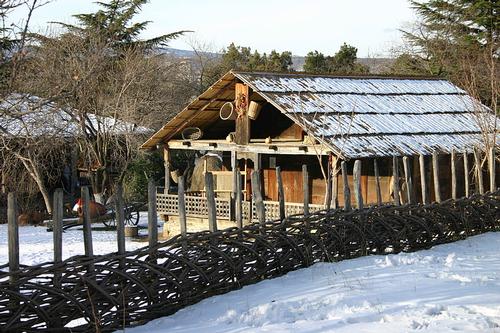 The Tbilisi Ethnographic Museum is an open-air museum. The museum dates back to 1966 and covers an area of about 52 hectares in which traditional, old Georgian houses from all regions of the country have been reconstructed in life size. Visiting the cottages gives you an idea of life in Georgia in the past.

Tbilisi has beautiful botanical gardens. Officially the 'Royal Gardens'. They cover 161 hectares and more than 4,500 different species of plants grow there. The gardens have been around for a long time; the French traveller Jean Chardin first described them in 1671. It is believed that the gardens were laid out in 1625.