Puerto Plata is a town in the holiday country of the Dominican Republic. Few countries in the world will live up to the typical holiday image with wide, sandy white beaches, swaying palm trees, cocktails and an azure blue ocean. In addition, the island has beautiful sights, many modern entertainment venues and great facilities on land and under the water. In the Dominican Republic, you can enjoy idyllic beaches and ideal temperatures. 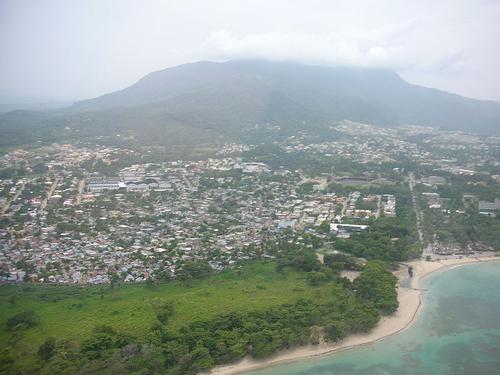 Puerto Plata from the airPhoto: Martin Le Roy CC 3.0 Unported no changes made 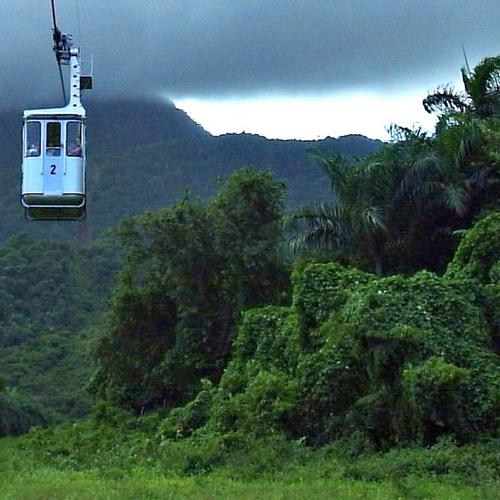 The Dominican Republic is the western part of the island of Hispaniola (the eastern part is Haiti). Puerto Plata is a coastal town on the north coast of the island. Idyllic beaches, swaying palm trees and a sky blue coast are the rule rather than the exception. The city is also easily accessible, as the airport is located just outside the city. For a beautiful view over the city and a large part of the island, you can climb Mount Pico Isabel de Torres, either on foot or by cable car. This mountain is almost 800 metres high and is located right in the centre of Puerto Plata.

Puerto Plata has a tropical climate, as does the rest of the island. This means that it can get very hot and dry in the summer months, while in winter it remains warm, but the humidity can rise to great heights. The rainy season takes place in November, December and January, so it's best not to travel to Puerto Plata during these months. The rest of the year you can enjoy temperatures of around thirty degrees, a nice breeze and a very pleasant sea. 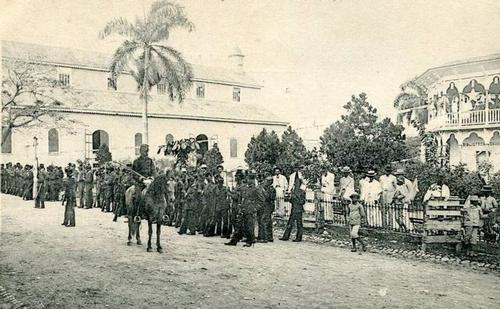 The exact date when Puerto Plata was founded is not entirely agreed upon, but it is around the year 1500. The city became an important port for Spanish traders, but over the centuries also gained fame as a haven for pirates. In the 19th century, the city was razed to the ground during the restoration war, only to be rebuilt at the end of the century and to take up an important economic position on the island. In recent decades, tourism has become increasingly important in the Dominican Republic and that sector has also developed very strongly. 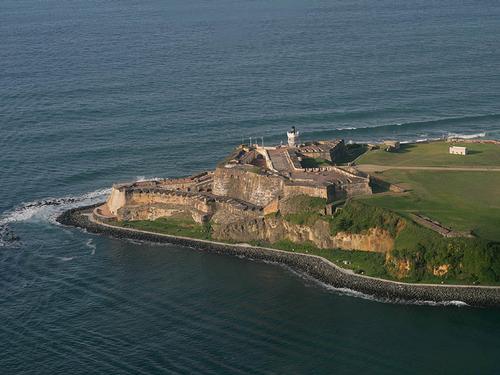 From the colonial period, a number of sights have remained that are definitely worth visiting when travelling to Puerto Plata. Especially the fortress of San Felipe stands out. This 16th century fort was built to protect the city from French and English pirates. Puerto Plata is also home to a beautiful cathedral, the Cathedral of San Felipe, which dates back to 1934.

Apart from some remnants of the city's long history, there are also several modern attractions. There are some interesting museums, you can climb the mountain Pico Isabel de Torres or go to the amusement park Ocean World. In the latter you can see dolphins, different kinds of birds, a casino and even tigers. So if you want to stand eye to eye with the emperor of the jungle, plan a day trip to Ocean World. 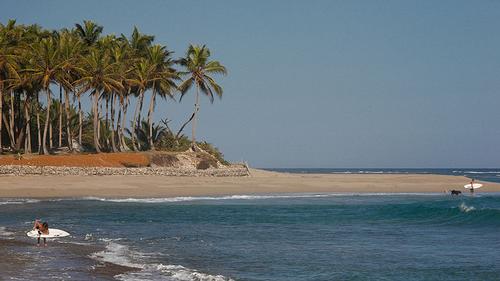 The beach is generally the reason for travelling to the Caribbean, and in Puerto Plata they have beaches galore. These are, of course, the paradisiacal beaches that are so typical of the area. Sand, swaying palm trees and a blue ocean are the typical features of Puerto Plata's coastline. 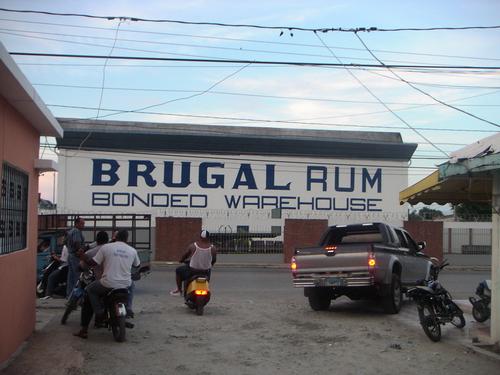 In the Caribbean, they like to drink rum. This drink, which originally came from the sea, is produced here in large quantities. In Puerto Plata, you can visit one of the many factories. The Brugal Rum Factory dates back to 1880 and is the town's flagship product. Puerto Plata residents often drink this rum and have a special relationship with the factory.